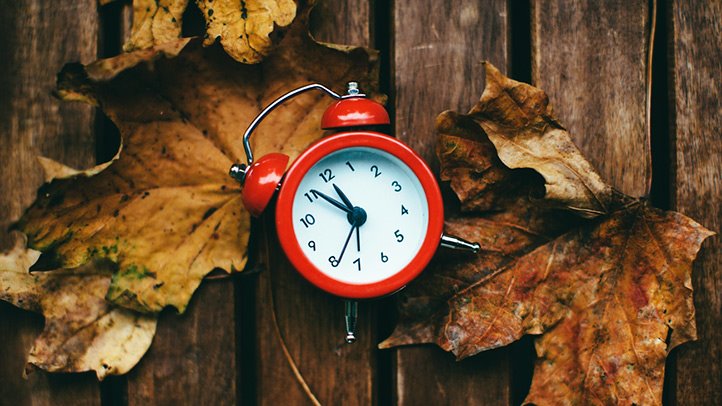 I think most people cringe at the thought of “falling back,” or turning our clocks back an hour to signal the end of Daylight Saving Time and the beginning of Standard Time, or Winter Time, as it’s sometimes called.

Technically there isn’t less sunlight — it’s just rearranged. But it feels like there’s less because it’s dark when we get out of work or pick up the kids from band practice after school.

For me, it always feels like winter is around the corner. It technically is, since we arrive at the winter solstice only seven weeks into standard time. Our days have been getting shorter since June, but the hour change of sunlight makes it feel as though it happened in one night.

Why do we get down in the winter? Less sunlight affects your circadian rhythm, the body’s internal clock that governs certain brain wave activity and hormone production. This shift can change mood-related chemicals in a way that can cause depression.

Highly sensitive people are especially prone to depression as the weather changes. Darkness one hour earlier can shock a sensitive person’s system much like jet lag — generating an angry response from the central nervous system.

Here are a few strategies to protect your mental health during the shorter days of fall and winter.

1. Use a Light Box Every Day

Winding back the clock has always been the universe’s invitation for me to get out my light box from the bedroom closet and start soaking in its 10,000-lux light (lux is a measure of visible light).

Light boxes are the typical light system used for SAD in clinical studies. They’re flat screens that produce full-spectrum fluorescent light, usually at an intensity of 10,000 lux. Some health clubs offer light-box rooms where you can go sit in front of the boxes if you can’t afford to buy one for yourself.

It’s important to position a light box according to the manufacturer’s instructions and use it at the same time each day, typically for 30 to 60 minutes. Most people get the best results when they use a light box before 10 a.m.

People with bipolar disorder have to be especially careful about when and for how long they use a light box, as too much exposure can trigger mania.

During the months of November and March, in standard (or winter) time, you might have to rearrange your schedule to get as much sunlight as possible.

If you can manage to sneak away for even 10 or 15 minutes at lunchtime to get outside and soak in as many rays as possible, you’ll get a decent-enough sunshine fix. Or put on your coat and gloves and brave the cold during the weekend for a nice long walk at noon.

Writer Deborah Kotz explains in a U.S. News & World Report story that while going outside for only 10 minutes in the midday summer sun (with no sunscreen) is enough to produce 10,000 international units (IUs) of vitamin D, it’s impossible to produce enough vitamin D from the sun if you live north of Atlanta in the winter. That’s because the sun never gets high enough in the sky for its ultraviolet B rays to penetrate the atmosphere.

While this may be true, I certainly feel better when I can get outside for even 15 minutes during winter days, even if it’s just taking a phone call outside while shivering in my winter coat.

The New York Times best-selling author Joseph Mercola, DO, includes an interesting vitamin D-UV calculator in his piece “How Much Sunshine Does It Take To Make Vitamin D?” Using the calculator, you can figure out the amount of sun you need to meet your vitamin D requirements. As Dr. Mercola explains, it varies hugely depending on your skin type and location, as well as on the time of year, time of day, and atmospheric conditions.

It’s a very good idea to take a vitamin D supplement during the winter months, especially if you can’t plant yourself and your laptop in the Caribbean for 120 days until we “spring forward.”

So many diseases are correlated with low vitamin D levels, especially depression. Even if you’re not feeling low, I would absolutely have your levels checked, which your primary care physician can do. The National Institutes of Health‘s recommended dietary allowance for vitamin D is 600 IUs a day. But Mercola suggests that adults take as much as 5,000 IUs per day (I take 3,000 IUs in a liquid). Your doctor can help you determine the best amount of vitamin D to take, if you need it.

Although we’ve known for decades that exercise can decrease depression symptoms, a study published in February 2016 in the Journal of Neuroscience found that exercise increased the levels of the neurotransmitters glutamate and GABA, both of which are depleted in the brains of people with depression and anxiety.

The researchers found that aerobic exercise activates the metabolic pathways that replenish these neurotransmitters, allowing the brain to better communicate with the body. In a recent Time magazine cover story on the science of exercise, Mandy Oaklander writes, “If there were a drug that could do for human health everything that exercise can, it would likely be the most valuable pharmaceutical ever developed.”

Even though the lack of light is working against us, Mother Nature did provide us with plenty of foods and spices during the fall and winter months that protect our mental health. Among fall’s mood-boosting treasures are: