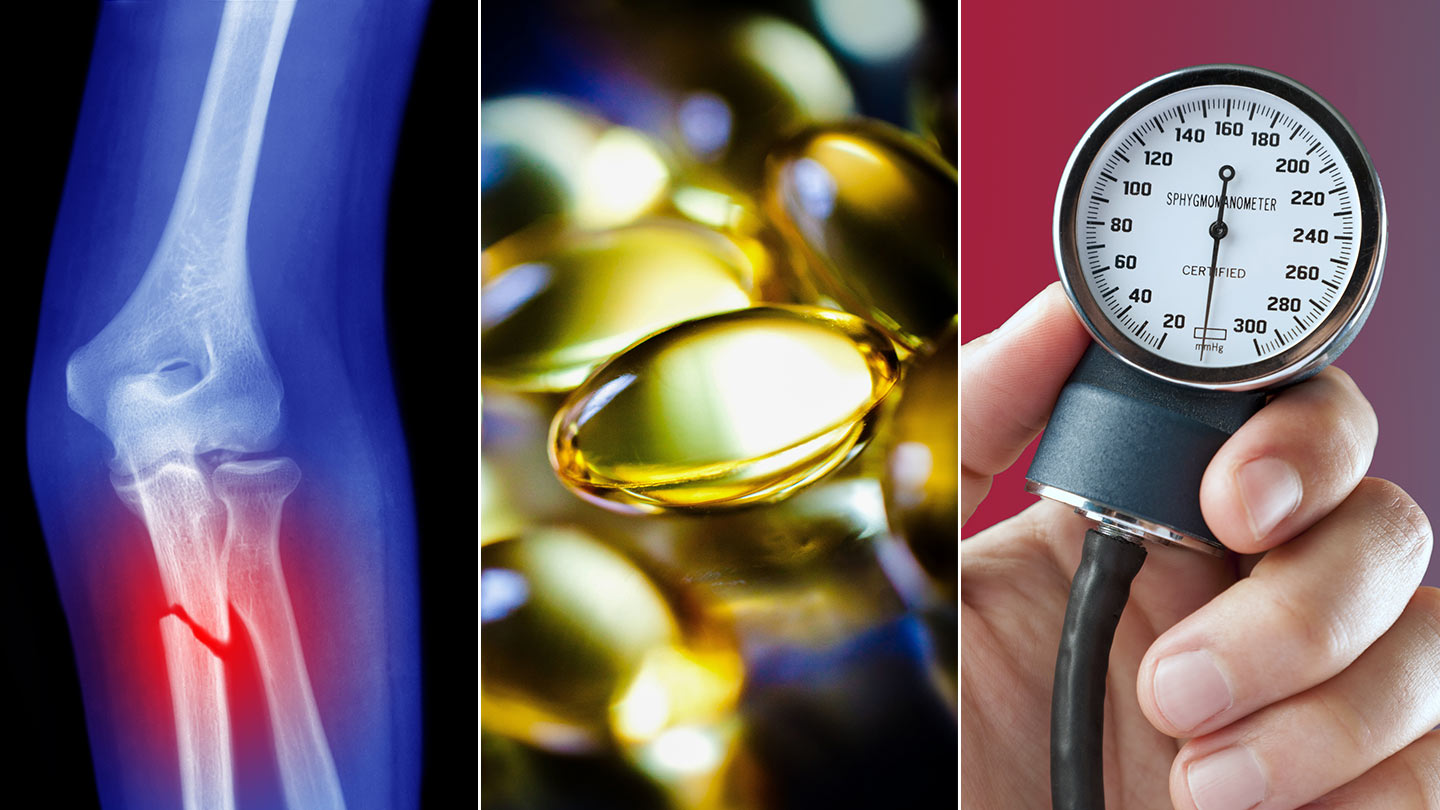 According to a 2009 study published in the Archives of Internal Medicine, as many as three-quarters of U.S. teens and adults are Vitamin D deficient.

Many studies have linked vitamin D deficiency with depression. In a cross-sectional study of 12,594 patients in a database at the Mayo Clinic, researchers found that low vitamin D levels were associated with depressive symptoms, especially in persons with a history of depression. In another study published in the American Journal of Clinical Nutrition, researchers evaluated 81,189 women ages 50 to 79 and found that the women with higher vitamin D levels (who had higher intakes of vitamin D from food sources) had less depressive symptoms. Vitamin D can affect the function of two important neurotransmitters, dopamine and norepinephrine.

Of course, vitamin D is important for more than your mood. In an Everyday Health piece, Nancie George lists five illnesses linked to vitamin D deficiency:

But how do you know if you’re vitamin D deficient? The best way is a simple blood test. Your primary care physician can help you with that. But here are some other tell-tale signs:

One of the critical roles of vitamin D is to help the intestines absorb calcium into the bloodstream. Without enough vitamin D, our body will break down bones to get the calcium it needs. In fact, in one study, 50 percent of women treated for bone loss had inadequate vitamin D levels. Research indicates that adequate vitamin D intake can prevent osteoporosis, which reduces bone density and increases the risk of broken bones. One study published in the Journal of the American Geriatrics Society found that nursing home residents who took 800 IU daily of vitamin D fell less and had a lower incidence rate of falls over five months than those taking lower doses of the vitamin. Since we tend to stop building bone mass around age 30, vitamin D supplementation is important to keep our bones in good condition.

A vitamin D deficiency can also cause your joints and muscles to ache. Research has associated the link between deficiency of vitamin D and all kinds of musculoskeletal pain. For example, in one study 276 patients with nonspecific pain at different regions (leg pain, widespread pain, rib pain, back pain, fibromyalgia) were compared with 202 other people. In patients with skeletal pain, vitamin D levels were significantly lower than the control group. Another study found vitamin D deficiency may also exacerbate ageing of skeletal muscles. However, the good news is that muscle weakness is reversible with vitamin D supplementation. A study published in the Western Journal of Medicine says that, “Improvement in muscle strength has been observed as early as after a week, but usually within one to two months.”

In a study published in Skin Pharmacology and Physiology, researchers evaluated 80 females ages 18 to 45 years old with hair loss, either chronic telogen effluvium (TE) or female pattern hair loss (FPHL), and 40 females without hair loss. Vitamin D deficiencies were associated with hair loss in females with TE and FPHL. Although we don’t know as much about vitamin D’s role in hair growth as we do in, say, bone health, Rania Mounir Abdel Hay, MD, a dermatologist at Cairo University suspects it could be that vitamin D helps regulate the expression of genes that fosters normal hair follicle growth.

In a 2012 study published in the Journal of Clinical Sleep Medicine, researchers determined that there is a significant correlation between daytime sleepiness and low levels of vitamin D. The study involved 81 patients who complained of sleep problems and nonspecific pain. Vitamin D levels were measured by blood sampling. The authors previous and current research suggest that low levels of vitamin D may cause or contribute to excessive sleepiness either directly or by means of chronic pain.

A large-scale genetic study involving over 155,000 people demonstrated the link between hypertension and vitamin D deficiency. Those with high concentrations of 25-hydroxyvitamin D had reduced blood pressure and therefore a reduced risk of hypertension. “Our study strongly suggests that some cases of cardiovascular disease could be prevented through vitamin D supplements or food fortification,” said Dr. Vimal Karani from the University of Reading in the UK. “Our new data provide further support for the important non-skeletal effects of vitamin D.”

Michael Holick, M.D., a vitamin D expert at Boston University Medical Center says that one of the first signs of vitamin D deficiency is a sweaty head. You sweat when your body temperature rises above 98.6. Most of the time, this is not a problem. Sweating is actually good for your health, as it releases toxins buried in the fat cells underneath the skin. However, excessive sweating may indicate a deficiency in vitamin D.

Vitamin D has an important role for the immune system, as well. Before antibiotics were available, vitamin D was used to treat infections like tuberculosis. There have been multiple studies associating lower levels of vitamin D with increased infection. For example, in one study, people with lower vitamin D levels were more likely to report a respiratory tract infection than those with adequate levels. Other studies indicate that vitamin D deficiency predisposes children to respiratory infections and can play a role in protecting a person from contracting the flu. Some studies are evaluating the associations between vitamin D deficiencies and HIV disease progression.

As I mentioned above, there is a strong correlation between vitamin D deficiency and depression. In addition to the studies I already included, a study published in Nutrition Journal found that adults who received high doses of vitamin D had improved depressive symptoms after two months.