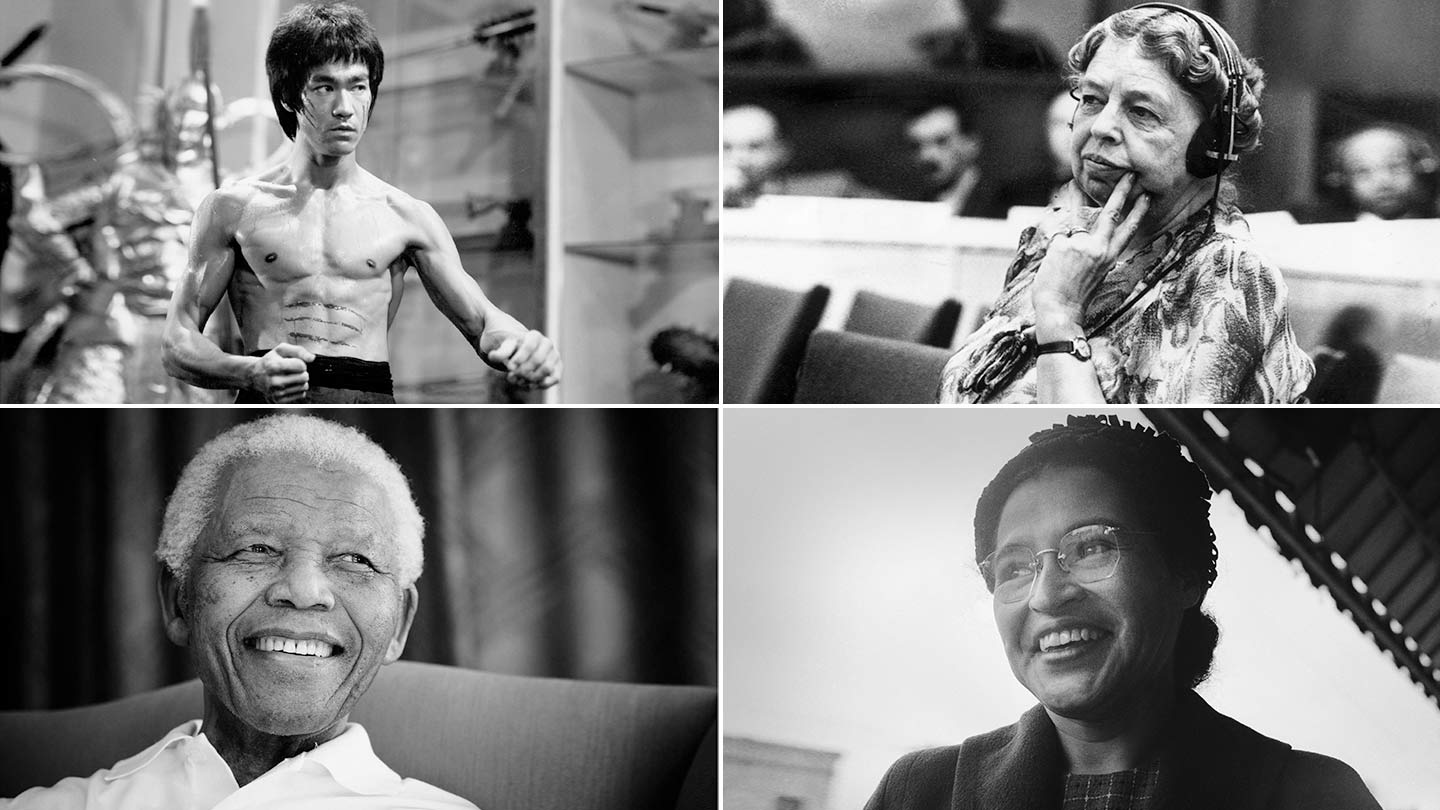 Does fear get in the way of your well-being and compromise your quality of life?

Even if you don’t have a specific phobia, you can probably appreciate that feeling of fear that blows in like a severe storm, interrupting your daily responsibilities and robbing you of your enthusiasm for life. Here are some great insights from entrepreneurs, political leaders, religious figures, philosophers, writers, and luminaries of all kinds that may help you when the black cloud of fear rolls in and tries to take over your life.

“You gain strength, courage, and confidence by every experience in which you really stop to look fear in the face. You are able to say to yourself, ‘I have lived through this horror. I can take the next thing that comes along.’ You must do the thing you think you cannot do.” – First Lady Eleanor Roosevelt

“Nothing in life is to be feared. It is only to be understood.” – Marie Curie, physicist

“Fear keeps us focused on the past or worried about the future. If we can acknowledge our fear, we can realize that right now we are okay. Right now, today, we are still alive, and our bodies are working marvelously. Our eyes can still see the beautiful sky. Our ears can still hear the voices of our loved ones.” – Thich Nhat Hanh, spiritual leader, poet, and peace activist

“One of the greatest discoveries a man makes, one of his great surprises, is to find he can do what he was afraid he couldn’t do.” – Henry Ford, founder of the Ford Motor Company

“It is not the critic who counts; not the man who points out how the strong man stumbles, or where the doer of deeds could have done them better. The credit belongs to the man who is actually in the arena, whose face is marred by dust and sweat and blood; who strives valiantly; who errs, who comes up short again and again, because there is no effort without error and shortcoming; but who does actually strive to do the deeds; who knows great enthusiasms, the great devotions; who spends himself in a worthy cause; who at the best knows in the end the triumph of high achievement, and who at the worst, if he fails, at least fails while daring greatly, so that his place shall never be with those cold and timid souls who neither know victory nor defeat.” – President Theodore Roosevelt

“The only thing we have to fear is fear itself.” – President Franklin D. Roosevelt

“Thinking will not overcome fear but action will.” – W. Clement Stone, American businessman and philanthropist

“I have learned over the years that when one’s mind is made up, this diminishes fear; knowing what must be done does away with fear.” – Rosa Parks, civil rights activist

“What is needed, rather than running away or controlling or suppressing or any other resistance, is understanding fear; that means, watch it, learn about it, come directly into contact with it. We are to learn about fear, not how to escape from it.” – Jiddu Krishnamurti, philosopher, speaker, and writer

“There are very few monsters who warrant the fear we have of them.” – André Gide, author and Nobel Prize winner

“Ultimately, we know deeply that the other side of every fear is freedom.” – Marilyn Ferguson, author, editor, and public speaker

“I learned that courage was not the absence of fear, but the triumph over it. The brave man is not he who does not feel afraid, but he who conquers that fear.” – Nelson Mandela, revolutionary and philanthropist who served as president of South Africa

“The only courage that matters is the kind that gets you from one moment to the next.” – Mignon McLaughlin, journalist and author

“Courage doesn’t always roar. Sometimes courage is the quiet voice at the end of the day saying, ‘I will try again tomorrow.’” – Mary Anne Radmacher, author, artist, and speaker

“When you walk to the edge of all the light, you have and take that first step into the darkness of the unknown, you must believe that one of two things will happen: There will be something solid for you to stand upon, or you will be taught to fly.” – Patrick Overton, director of the Front Porch Institute

“Consult not your fears but your hopes and dreams. Think not about your frustrations, but about your unfulfilled potential. Concern yourself not with what you tried and failed in, but with what it is still possible for you to do.” – Pope John XXIII

“Nothing contributes so much to tranquilize the mind as a steady purpose.” – Mary Shelley, author

“Leap and the net will appear.” – John Burroughs, American naturalist and nature essayist

“Do the next thing.” – Elisabeth Elliot, author and speaker

“The only devils in the world are those running in our own hearts. That is where the battle should be fought.” – Mahatma Gandhi, preeminent leader of the Indian independence movement in British-ruled India.

“What lies behind us, and what lies before us are tiny matters, compared to what lies within us.” – Ralph Waldo Emerson, American essayist and transcendentalist

“Come to the edge

He said. They said

Come to the edge

He said. They came.

He pushed them, and

“Everything is so dangerous that nothing is really very frightening.” – Gertrude Stein, author

“Don’t fear failure. Not failure, but low aim, is the crime. In great attempts, it is glorious even to fail.” – Bruce Lee, martial artist, actor, and philosopher

“You’re braver than you believe, and stronger than you seem, and smarter than you think.” – A.A. Milne, author of Winnie the Pooh

3 thoughts on “25 Quotes to Help You Face Your Fears”