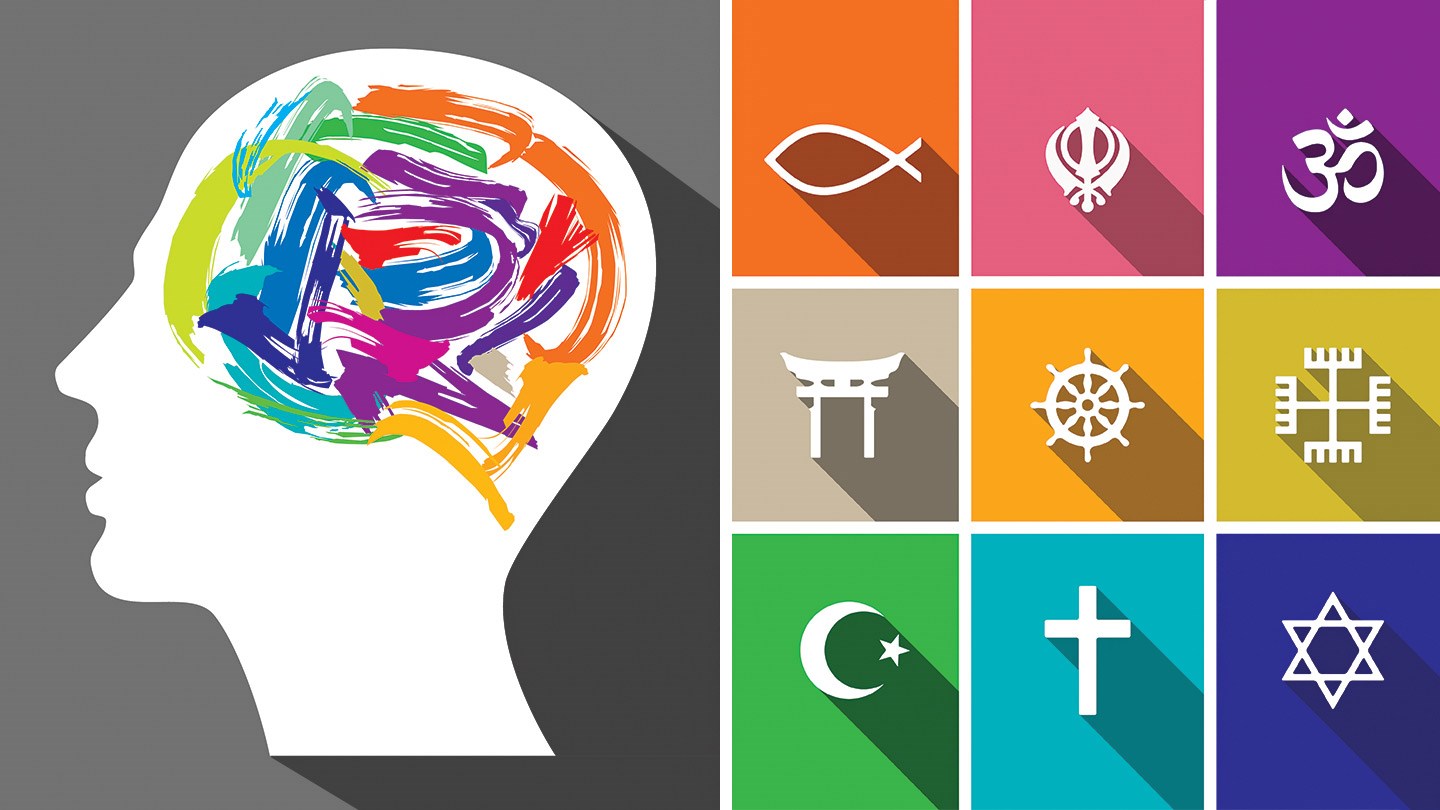 Have you ever wandered why those shouting “Alleluia!” at church on Sunday morning seem happier and more energetic than the average person, projecting a feeling of satisfaction in their lives that you don’t get from the folks reading the paper at Starbucks on Sunday morning?

I understand this well because I have used religion as a refuge from despair on plenty of occasions —including most of my childhood. I walked a mile every day to Mass because within the walls of St. Charles Borromeo Church, I felt safe, sane, even loved. Sometimes all those obsessions and compulsions that stalked me throughout my afternoons would hush for that half-hour, especially if we sang one of my favorite hymns like “Be Not Afraid.”

A November study from the University of Utah School of Medicine, published in the journal Social Neuroscience, demonstrates how religious and spiritual experiences activate the brain reward circuits just like love, sex, gambling, drugs, and music.

The study involved 19 young-adult Mormon church members (seven females and 12 males) who performed four tasks in response to content meant to evoke spiritual feelings. The hour-long exam included elements such as: a video detailing their church’s membership statistics, quotations from world religious leaders, passages from the Book of Mormon, and a video of family and Biblical scenes.

The participants almost universally reported experiencing the kinds of emotions that are typical in an intense worship service: feelings of peace and physical sensations of warmth.

Based on the brain imaging scans (fMRI), researchers found that when participants experienced spiritual emotions, there was activation in the nucleus accumbens, a region of the brain critical for processing reward. Spiritual feelings were also associated with activity in the medial prefrontal cortex, an area responsible for judgment, moral reasoning, and focused attention.

“We’re just beginning to understand how the brain participates in experiences that believers interpret as spiritual, divine, or transcendent,” says senior author and neuroradiologist Jeff Anderson. “In the last few years, brain imaging technologies have matured in ways that are letting us approach questions that have been around for millennia.”

There have been many other studies documenting changes in the brain caused by religious experience, some asserting that religion contributes to emotional resiliency and decreased risk of depression. For example, according to research conducted by Lisa Miller, professor of clinical psychology at Columbia University’s Teachers College, a thickening of the brain cortex is associated with spiritual and religious activities. This study links the protective benefit of spirituality or religion to previous studies that identified large expanses of cortical thinning in specific regions of the brains of adult offspring of families at high risk for major depression.

A previous study by Miller and her team published in September 2011 in The American Journal of Psychiatry showed a 76 percent decrease in major depression in adults who said they highly valued spirituality or religiosity, and whose parents suffered from the disease.

There are logical reasons for the brain activity. Religion provides hope and assigns meaning to suffering. Stories of redemption—of martyrs and faith heroes who have persevered in their trials—offer great consolation that there is a bigger purpose to the hardship we are enduring now and don’t understand. Congregations of every denomination sing inspirational hymns that appeal to our senses while offering us insight and wisdom. Most churches also provide a support system and a community to lean on, both of which are important for good health.

Whatever the reason, the proof is in: religious experience changes our brains.

7 thoughts on “Religion On the Brain”