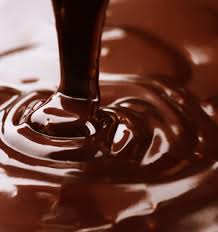 Since the scientists groundbreaking research, many other studies have confirmed the case for willpower depletion or “ego depletion” as it is called by psychologists. The problem is that everything we do in our world requires an element of willpower. According to the American Psychological Association even basic interactions with others and maintaining relationships can deplete willpower, not to mention keeping your cool through the holidays, trying to crank out two blogs a week in the summer when your office is in your son’s bedroom, and not using four-letter words in front of the kids.

Not everyone agrees that our amount of willpower is fixed.

Four years ago Greg Walton, assistant professor of psychology at Stanford, and Carol Dweck, a professor of psychology at Stanford and author of the bestseller Mindset, conducted their own research that arrived at this surprising conclusion: willpower is only limited if you think it is. They explain in their piece “Willpower: It’s In Your Head” that appeared in The New York Times:

Then they address prior research, like the study published by Dr. Baumeister and Matthew Gailliot, that concluded blood glucose is an important part of the energy source of self-control, and by restoring glucose (through sugary drinks), you can boost willpower. They write:

In our latest research we found that when people believe in willpower they don’t need sugar — they perform well whether they consume sugar or not. Sugar helps people only when they think that willpower is sharply limited. It’s not sugar we need; it’s a change in mind-set.

I’m sure the Stanford team meant well, but I side with Baumeister.

Especially after my own experiment at The Melting Pot, the fondue place.

I was on day 28 of a 60-day Candida-SIBO (small intestine bacteria overgrowth) diet which consists mostly of raw vegetables (but not all of them) and wild salmon when I joined my sister, sister-in-law, husband, and two kids around two burners for a three-hour dinner that may as well have been hosted by Baumeister.

The first course was cheese: one pot of cheddar, the other swiss.

I can’t even eat the cauliflower or broccoli.

We move on to the main course.

I can’t eat the juicy filet.

I can’t eat the appetizing shrimp.

I can’t cook any of my raw tuna (and I am cheating with the tuna because I’m not supposed to eat a large fish—too much mercury) in the oils blended with the white wine because, as a recovering alcoholic, I know if I can taste the wine, I’m going to need three times the willpower that I’m currently exerting to not drink a glass of wine. AND I’M EXERTING A LOT OF WILLPOWER RIGHT NOW.

I can’t dip my raw tuna in any of the delicious sauces they have provided.

They all have gluten.

I order another bottle of sparkling water because I have to do something compulsively. I’m not supposed to drink anything effervescent, but I figure that chugging down sparkling water is better than breaking 26 years of sobriety.

Another hour goes by.

We get to dessert: a pot of milk chocolate and a pot of dark chocolate.

I can’t eat anything with sugar.

I can’t eat the delectable squares of sponge cake and brownies.

I can’t eat the ripe strawberries or pineapple (or any kind of fruit).

I stare into the pot of dark chocolate and think about sending a care package to all of Baumeister’s participants that got screwed. I feel especially bad for any participants that were on a Candida-SIBO diet because they wouldn’t have been able to eat the cookies or the radishes.

At that moment, I arrived at my conclusion: willpower is totally limited.

Our resolve is like a muscle that gets fatigued if we overuse it. Three hours of resisting my favorite foods and drinks had completely wiped me out. By the end of the dinner, I just wanted to go home and pass out in my bed, maybe stare at my ceiling fan, even though my only physical exertion in the last 180 minutes had been lifting my fondue fork into the pot without the white wine.

The next day my willpower was gone.

I binged on all the starchy vegetables I’m supposed to avoid. I devoured an entire bag (eight servings) of sugar snap snow peas, an ear of corn, and two bowls of edamame. I inhaled a few strawberries and some slices of cantaloupe, a definite no-no.

There was nothing I could do to control my actions. It was like my fingers and my mouth were controlled by an invisible puppeteer who was laughing his butt off at my lack of resolve over some stupid starchy vegetables.

I decided from then on I was saving my willpower for the important stuff.

4 thoughts on “Willpower Is Definitely Limited”