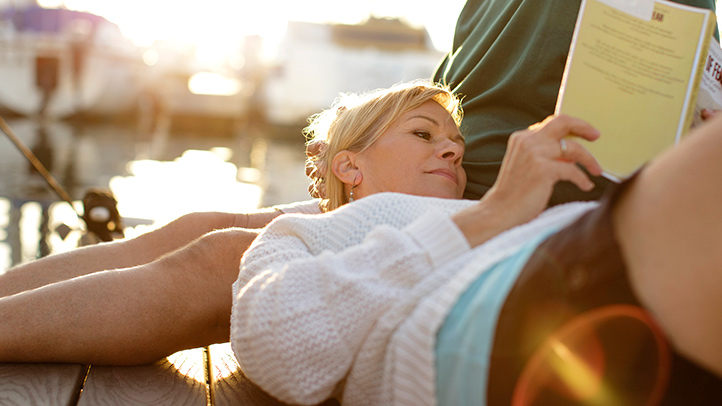 We are trained from the time we emerge from our mothers’ wombs to look forward to vacations as a chance to relax, have fun, escape from the rigors of life. But for a small percentage of us, vacation is harder than work—it requires far more stamina than sitting in an office chair for eight hours a day.

I compare the human body to a tower of 54 wooden blocks in the game Jenga. To set the game up, you stack the initial tower with three blocks placed adjacent to each other along their long side and perpendicular to the previous level up to 18 levels. The object of the game is to keep eliminating blocks from the existing structure while placing the new blocks on the top. Eventually the tower tumbles.

The normal person starts vacation week with three wooden blocks across each level, so a few unhealthy meals or some sleepless nights aren’t going to make the tower budge. She is able to take in a view of the Golden Gate Bridge without counting down the days until she can sleep in her own bed, go to yoga, and make a green smoothie. However, the person with an invisible illness—chronic pain, retractable depression, recurrent anxiety, highly sensitive tendencies—only has one or two wooden blocks per level. She is fundamentally more fragile before she even steps on an airplane or merges unto the highway. So when she doesn’t eat right for five days in a row, and doesn’t sleep for three consecutive nights—and especially when she doesn’t get the alone time she needs to regenerate—her tower collapses.