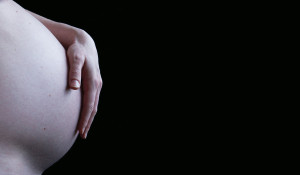 “Were you frightened to have children with your history of suicidal depression?” a young woman asked me the other day.

“Did you have to stop medication while you were pregnant?”

In the last ten years writing about mental health issues, these two questions keep surfacing, especially among young women who dream of pushing a baby stroller to the park and disciplining a toddler and yet are daunted by a history of serious depression. Every time I answer them, I do so with a different perspective and new research.

Yes, I was terrified to have children.

Not only was I not crazy about passing on nifty genes that could predispose my offspring to depression and anxiety, but I questioned my capability to nurture a living creature. All of my plants were dead. However, I experienced in my twenties a period of relative stability. So I thought that the days of crippling anxiety were long gone, and that the suicidal ideations of my youth and teens had been permanently fixed through antidepressants, therapy, and exercise.

Truth be told, if I had endured in my twenties the kind of severe, suicidal, and treatment-resistant depression that I have experienced since giving birth to my son, I’m not sure I would have had children. It would have felt irresponsible. Pre-kids I didn’t know that staying alive requires so much work, time, and energy that depressed mothers don’t have. I love my kids with every fiber of my being, and I do the very best that I can. However, I feel that they deserve a mother who was emotionally present for them, especially in those early years. I have enjoyed a few good stretches over the years, and I am starting to feel good again now. However, for the majority of their young lives, I was merely existing—trying to survive—not living, not enjoying them. And that saddens me to no end.

Yes, I did take Prozac during both of my pregnancies.

And I still feel tremendous guilt about that.

I tried to taper off when I was pregnant with my son, but I experienced acute anxiety and started to cramp. I was afraid I was going to lose the baby. My obstetrician counseled me that the stress of not taking the meds would be more harmful to the fetus than my taking them. Both of my kids were born full term, at good weights, and without any birth defects. However, I can’t help but think the difficulties that my husband and I have faced with my son—starting with his colic the day he was born and evolving into anxiety and depression, perfectionism and OCD—are a result of his exposure to Prozac in utero.

Award-winning author Andrew Solomon just wrote a new final chapter to his classic The Noonday Demon that was adapted for a New York Times Magazine piece called “The Secret Sadness of Pregnancy With Depression.” He brilliantly exposes all of the guesswork and confusion surrounding the issue of pregnancy and depression. Six years after The Noonday Demon was published, Solomon became a father. He experienced anxiety all over again, and the fear of being inadequate for fatherhood. Having children, however, transformed his depression. In fact, it transformed everything about him. He was curious how motherhood and pregnancy affected others with depression, so he pursued doctoral research and interviewed 24 women in New York over five and a half years about their experiences. Moved by the difficult decisions women were forced to make regarding treatment of depression during pregnancy, he interviewed experts and sifted through volumes of research.

In his article, he presents the risks of taking medication while pregnant:

They heighten the risk of miscarriage, preterm birth and low birth weight. They cause a slight increase in the risk of a potentially serious lung condition in newborns called persistent pulmonary hypertension. Up to 30 percent of babies exposed in utero to S.S.R.I.s develop neonatal adaptation syndrome, which entails difficulty latching on for feeding, a tremor, a weak cry, respiratory distress and sometimes reflux and sneezing, though these symptoms usually go away within a few days. There have been occasional reports of seizures and of changed sleep patterns.

Solomon interviewed Jay Gingrich, the Sackler Institute professor of clinical developmental psychobiology at Columbia, who led a study exposing mice to selective serotonin reuptake inhibitors (SSRIs) during the equivalent of a woman’s third trimester of pregnancy and early infancy. The mice showed reduced working memory and had problems with spatial tasks; however, these abnormalities showed up not in infancy, but in adolescence.

However, white-knuckling it is not without risks. Solomon writes:

Untreated depression or anxiety during pregnancy have been linked in multiple studies to miscarriage, pre-eclampsia, preterm birth, neonatal complications and smaller newborns. Antenatal depression is often accompanied by anxiety and obsessive-compulsive symptoms, and sometimes by psychosis. Cortisol, the stress hormone that is pumped up in women with anxiety and depression, crosses the placental barrier and can reach the fetus. Anxiety in pregnant women is associated with impaired blood flow in the uterine artery, which feeds the placenta. . . . Some scientists have reported that depression during pregnancy can alter a newborn’s amygdala, the brain region that regulates emotion, memory and decision-making, while high levels of stress during pregnancy are associated with cognitive impairment and slowed language development. Newborns of depressed mothers have been shown in one important study to have “lower motor tone and endurance” and to be “less active, less robust, more irritable and less easily soothed.”

The science is unclear and ambiguous, Solomon explains, because we can’t experiment on pregnant women. In addition to all the appropriate considerations he raises, there is also the hard truth that sometimes treatment doesn’t work, that only two-thirds of people respond to antidepressants. That’s why I think the more important question—and clearly the messier one—is whether or not it is good and right for a woman to become a mother if she has a history of severe depression.

If I could go back to my twenties, I would experiment with everything that I am doing today—eliminating sugar, gluten, dairy, caffeine, and alcohol from my diet; taking a probiotic, omega 3 fatty acids and other supplements; doing yoga and practicing mindfulness; cleaning up gut issues—and I would see if by employing all of these non-drug therapies, I could wean off of my pharmaceuticals before I got pregnant. I might also switch industries—become a software engineer or something–so that I could afford to hire help once the kid was born. In hindsight, I would do everything I could to reduce stress before, during, and after pregnancy.

I may have ended up still depressed and needing medication. If so, I would have benefitted from some serious introspection and guidance from a fellow depressed mother on whether or not parenting is an appropriate path for me.

I cried when I read Solomon’s concluding paragraph.

I never before realized how guilty I feel for not loving my kids enough—for not being capable of experiencing the joy of motherhood during my depressive episodes, which have covered most of their childhoods.

His words gave me permission to accept what is:

For some expectant mothers and new parents, love seems to be automatic; it wafts them instantly up to a new level of consciousness. Others have to climb a very steep staircase to reach the same heights. The fact that the exercise can be agonizing and that some women cannot quite make it does not dull the intent behind it. Depression calls on resources some women have and some women don’t, including a capacity to hatch intimacy out of despair. Wanting to love your child is not the same thing as loving your child, but there is a lot of love even in the wanting.

Join the conversation, “Should You Have Kids If You’re Depressed?” on ProjectBeyondBlue.com, the new depression community.

6 thoughts on “Should You Have Kids If You’re Depressed?”