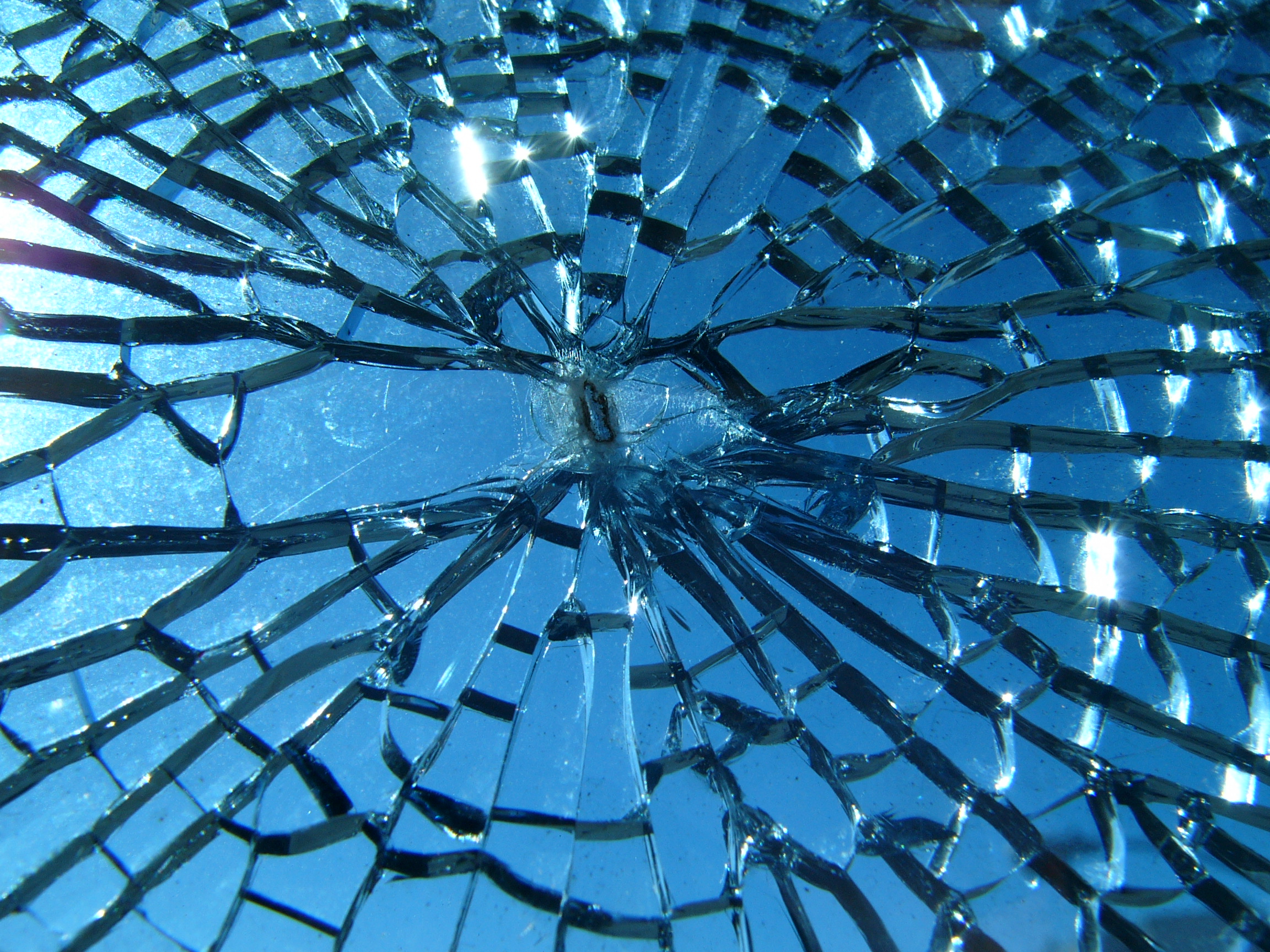 I am reposting part of my commencement speech to Saint Mary’s College in 2011 because, as I mentioned in my last post, looking back on moments of joy and accomplishment propels me through darker moments. Although I wrote this for graduating seniors, I hope the message of light, sincerity, and love speak to you, as well.

I am incredibly grateful to be here today.

I grew up on this campus …

I arrived in August of 1989, a very insecure teenager who had just quit drinking. Within the walls of the Counseling and Career Development Center, I began my path to healing and recovery. I was engaged to be married at the gazebo that used to overlook the St. Joseph River, which I promise to rebuild if I ever get rich. And my husband, Eric, and I were married at The Church of Our Lady of Loretto.

This school is part of my soul because it was here that I found the courage to be myself and to believe in myself, despite the rude commentary inside my head. My friends, professors, and counselors taught me how to focus on the rays of light in whatever darkness I encountered and to let that light guide me and inspire those around me.

I’d like to share with you lyrics from Leonard Cohen’s song, “Anthem,” that remind me of what I learned at Saint Mary’s, appropriate for you, Saint Mary’s Belles:

If you don’t remember anything else that I say today, remember that: Ring the cracked bells, even when you’re scared and unsure and convinced that nothing you say or do will ever be significant or noble. Be you even when being you feels uncomfortable. Risk rejection in order to share your talents with the world. And always, always let the light in so it might illuminate the darkness for others.

Three years ago J. K. Rowling, author of the Harry Potter series, urged the graduating seniors of Harvard University to embrace failure, to celebrate it, even. Because, she said, failure strips away the inessential.

“Had I really succeeded at anything else,” she told the class of 2008, “I might never have found the determination to succeed in the one area I believed I truly belonged.” She was referring to the state of poverty she endured seven years out of school, with a child to raise nonetheless.

Ironic, really. That crashing head-on into her biggest fear—impoverishment—ultimately freed her to use her gifts in a way that amassed her great wealth and enabled her to touch the lives of millions around the world.

My greatest fear growing up wasn’t economic turmoil. I had read way too many saints books to think that poverty was a bad thing. No, my fear was that I would go crazy. Batty. Nutso.

My aunt and godmother had spent most of her adult life hospitalized and to this day I can picture her blank stare and those of the listless patients in her psych unit. When I was 16 years old my Aunt Mary Lou took her own life.

So you can imagine the panic I felt as a young girl when I started counting the cracks in the sidewalk and felt compelled to skip over them, or when I couldn’t make the ugly and scary thoughts go away. I pictured Mary Lou and the blank stares and I begged God to deliver me from Looneyville.

After giving birth to two beautiful miracles–which rearranged most of the biological systems inside my body–there I was … in a psych ward with a guy pounding his head against the wall while screaming profanities. I had officially gone crazy. I knew that the afternoon I painted a birdhouse in occupational therapy, or “recess” in a psych unit.

Just like J. K. Rowling, I had no choice but to walk through my greatest fear and pick up the pieces. To face the world as I am—cracked and fragile and wacky. And yet in that moment, I was free … free to ring my damaged but precious bell. And to let the light in and out. Just as I was taught at Saint Mary’s.

I’m sure many of you have already experienced times of hopelessness and dejection after an academic setback or personal blow. But here you are. On this beautiful day. With a bright future ahead. You persevered with the help of others and the grace of God. And you will do so in the future if you continue to focus on the stream of light filtering through the cracks of life, and be guided by that light.

Failure is really not so bad.

“We would never learn to be brave and patient if there were only joy in the world,” wrote Helen Keller.

She began her career about 40 miles from my home as an anchorwoman for the Baltimore news. She was demoted because she became too emotional when interviewing people. She would cry on camera. So the station gave Oprah her own talk show. To get rid of her. And she did pretty well with it!

I relish these kinds of false-start success stories … Albert Einstein failed his college entrance exam. Walt Disney was fired from his first media job. Michael Jordan was cut from his high school varsity basketball team. Dr. Seuss was rejected 43 times before his first story was published. But, oh, the places he went.

These tales inspire me because nothing has ever come easily to me … or maybe to you.

I didn’t receive many early endorsements to write. In fact, my eighth-grade English teacher read aloud my paper to the class as an example of how not to write. My name is in print today because Saint Mary’s taught me the basics of good writing, as well as analytical thinking.

When I read the first 50 rejection letters, I noticed they were all signed by an acquisitions editor, the person responsible for throwing a manuscript into the slush pile, which I call the flush pile, or placing it on the desk of a managing editor with contact information of the lucky author. So, theoretically, if I were to become an acquisitions editor that meant I could vote yes on my own books. Which is exactly what I did. And I published six children’s books the next year from a small publisher.

According to a popular legend, dishonest sculptors in 16th-century Rome and Greece would use wax to fill in the cracks and crevices of marble to make the surface appear solid. The wax would disintegrate, of course, right after the sculpture was made. This happened so often that stonecutters began to stamp blocks of authentic marble with the Latin words, Sine Cere, or “without wax.” That’s where the word sincere found its origins.

To be sincere, then, doesn’t mean that we don’t have cracks and fractures, but that we don’t attempt to fill in those imperfections with things that don’t stand the test of time.

I believe that God lives in the space between the cracks and fractures of our souls. It is God that grounds and shelters our being and gives us the sense of safety and security that is needed to make ourselves vulnerable before each other, and then to go beyond ourselves to spread love to the rejected and hope to the hopeless.

Amid all the counseling, medications, and therapies I’ve tried over the years, it is ultimately my faith in a loving God that has held me together during the darkest of times. When nothing else could convince me to stick around, I became a scared child in the arms of God—and reminded myself that I didn’t have to do anything or write anything or be anyone for God to love me and use me as an instrument of his great love.

Just one more story before you go on to receive your diplomas.

In April of 2006, I sat on my daughter’s bed one night reading a somewhat cheesy bedtime story entitled Incredible You! 10 Ways to Let Your Greatness Shine Through by Wayne Dyer. The book was more therapy for me than entertainment for her, because I had just been released from my second hospital stay and was still struggling with the basics: taking a shower, eating a bowl of Cheerios, tying my shoes. I got to number eight and read it aloud to Katherine: “Pretend you are what you’d like to be. Make a picture in your mind so you can see … that what you want can come true. If you believe in your heart, it will come to you.”

I paused for a second, and I asked my little girl what she wanted to be.

“A scientist!” she said. “Because I could do fun things like mix body lotion with flour and Kool-Aid.”

Then I closed my eyes and came to a very clear picture of who I wanted to be.

She was a confident woman who could shower, eat cereal, and tie her shoes without a hiccup. In fact, having moved through the raw pain of clinical depression, she was able to bring hope and support to others disabled by mood disorders. The woman I envisioned was standing at this podium, delivering a commencement address at Saint Mary’s College.

So, my dear Saint Mary’s sisters, I hope and pray that you will embrace your failures, be brave and bold enough to be sincere … with others, with yourself, and with God. And I recommend that you carry with you always the wisdom of Leonard Cohen. His words have guided me and they might guide you too.

5 thoughts on “That’s How the Light Gets In”