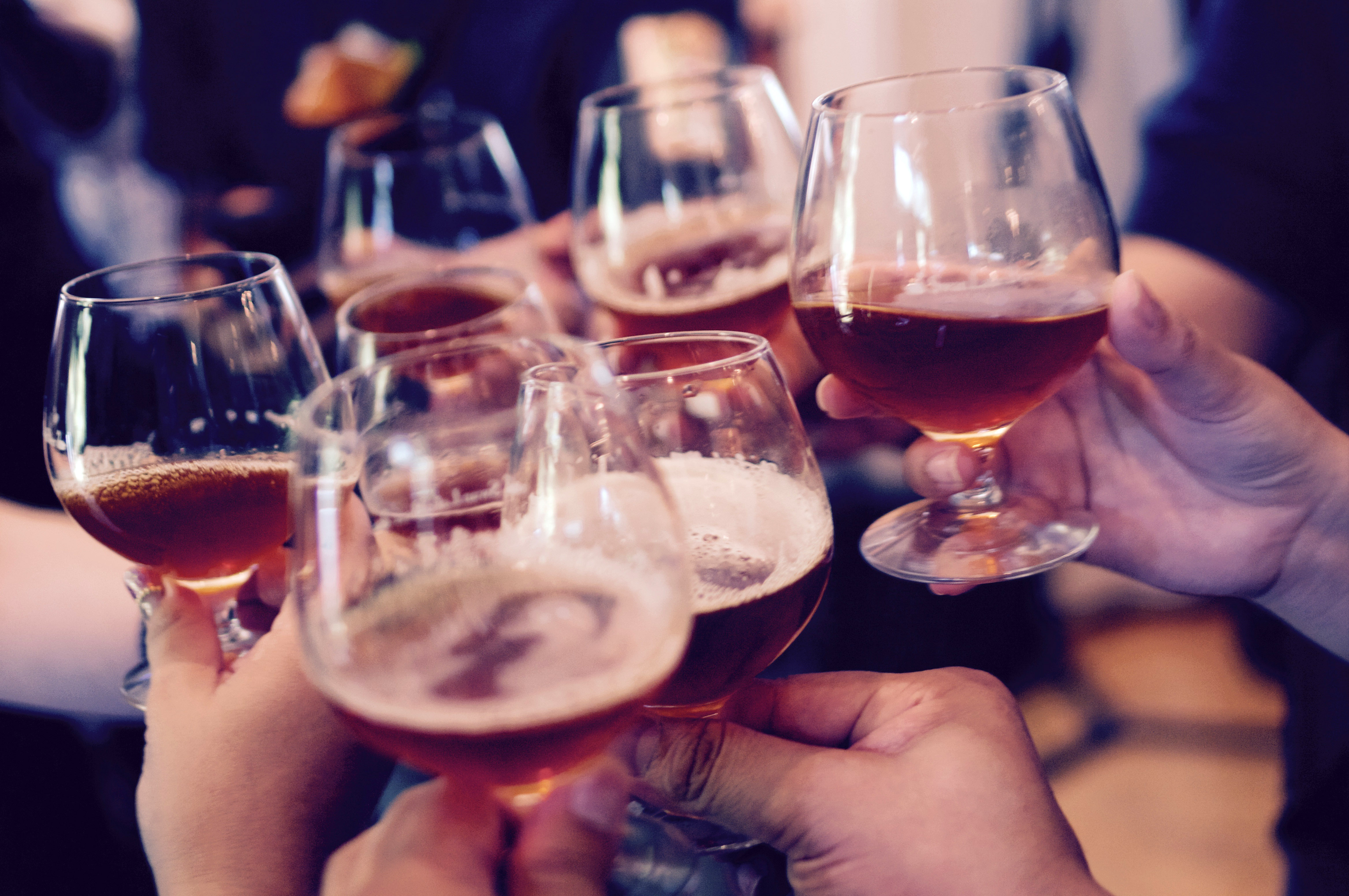 I’m breaking the rules and celebrating 30 years of sobriety on Sunday. No, it’s not consecutive time, and some people might accuse me of cheating, but if I add up all my sober moments, it’s 30 years, and that’s what counts.

Minus those two times

There was a stupid night my junior year in college when I drove to the Michigan border because Indiana was dry and chugged down a six pack in the car, trying to see whether or not I was an alcoholic. I was prompted to do so by some old timer at a 12-step meeting who said if I couldn’t master the first step perfectly, then I should go out and get drunk.

And then there was my five-day experiment two years ago. Sober 25 years, I once again, analyzed the first step to death (admitting I was powerless over alcohol), ruminating about whether or not I were truly an alcoholic.

One July evening after everyone had gone to bed, I stared at the Heinekens in the fridge. Maybe I am normal, I thought to myself. Maybe I can have the occasional cocktail and join the fun. So with shaking hands, I pulled one out of the fridge, opened the bottle, and reacquainted with my long lost friend.

Nothing terrible happened. I stopped at one. So the next night I tried it again. For the first 48 hours of my experiment it seemed as if I had joined the ranks of the social drinkers. Hallelujah! However, by day three, I began to obsess about my next drink. On day four, I smuggled a six-pack of Coors Light into a park to drink alone. On day five, I considered stopping by the liquor store to buy a bottle of vodka to keep in the trunk … you know, in case I needed a fix.

The next day, by coincidence or divine intervention, a friend who is a recovery alcoholic stopped by the house during his run. He has never done this before or since. I confessed to him the details of what I was up to and he told that he was picking me up for a meeting the next day.

A bathroom break, not a start over

“Is there anyone here with 24 hours of sobriety?” the meeting chair asked at the end. I wasn’t sure whether or not to raise my hand. As the folks in the room saw it, I had about 26 hours of sobriety. However, by my standards, I had been sober 25 years and one day. Actually, 28 years and one day, if you don’t count my slip in college. I went with their math and waltzed sheepishly to the front of the room to claim my chip.

That day was an important milestone for me. I haven’t drank since. However, I wasn’t celebrating a day of sobriety. I was commemorating all the wisdom and perseverance and courage that had kept me sober for over a quarter of a century. All the sweat and hard work of the 28 years of sobriety that preceded my 24-hour chip were on display in that moment. Nothing was lost.

I don’t believe a person starts over if they pick up a drink. I view it more like a bathroom break, where you look at yourself in the mirror and ask, “What the hell am I doing?” and then resume your place in line to get a table.

Perhaps some people have linear recoveries. They drink. They stop. They find happiness and peace. But I have yet to meet such a person. The recovery patterns for most of us entail a dance of up-and-down movements, right-to-left adjustments, a pirouette and a plié – with the hope that we are moving forward. Much like a walking labyrinth that guides you out before in, recovery is typically more spiral or circular than it is square. Just when we think we’ve encroaching on home base, we are thrown out to left field.

“Progress, not perfection” rings true with all of my addictive behavior. I don’t have to get it down the first time, the second time, or even the 52nd time. Gradual baby steps towards the goal of serenity and peace are enough. On those days when I engage in codependent behavior or reach for something to relieve my pain, I remind myself that it’s not the fall but the rebound that counts. Healing consists of catching myself and trying over and over and over again, sometimes as many as 50 times a day. It’s the journey and effort that matter in recovery, not a perfect score card.

Lessons of a relapse

Relapses teach us invaluable lessons if we are open to learning. For example, before my experiment, I regarded my decision to stop drinking much like I did eliminating gluten and sugar from my diet. My relapse demonstrated the seriousness of addiction, that sobriety is a life-saving action, not a healthy choice. Abstaining from a cocktail isn’t in the same category as foregoing a brownie or piece of bread. For addicts, alcohol hijacks your brain, whispering false promises in your ears. If you’re not careful, the self-destruction can erode all aspects of your life.

My relapse also taught me that abstinence isn’t about willpower and discipline. It has nothing to do with personal character or emotional resilience. Recovery is about humility, about admitting powerlessness and relying on other people and a higher power for strength and guidance. The healing power is found in the shared experience of others, in tapping into a community of support.

The pain underneath the addiction

I dare say that my relapse was life-transforming in that it forced me to discover what was driving the addiction. I began intensive psychotherapyand probed more deeply into every aspect of my life, asking the question, What’s going on here? My soul-searching efforts resulted in a stronger sense of self. As a result I can better identify the pain that makes me susceptible to addictive behavior.

I’m certainly not saying relapse is all good. Some people can’t get clean again after they start drinking or reengage in an addiction. It is a risk, for sure. However, if you are able to end your addiction and return to recovery, relapse can open the door to a better understanding of your addiction and, therefore, to a stronger recovery. I don’t believe you start over if you pick up a drink. I believe you pause and begin again with a new perspective.

A version of this article was published on Psych Central.

4 thoughts on “Celebrating 30 Years of Sobriety, Sort of”