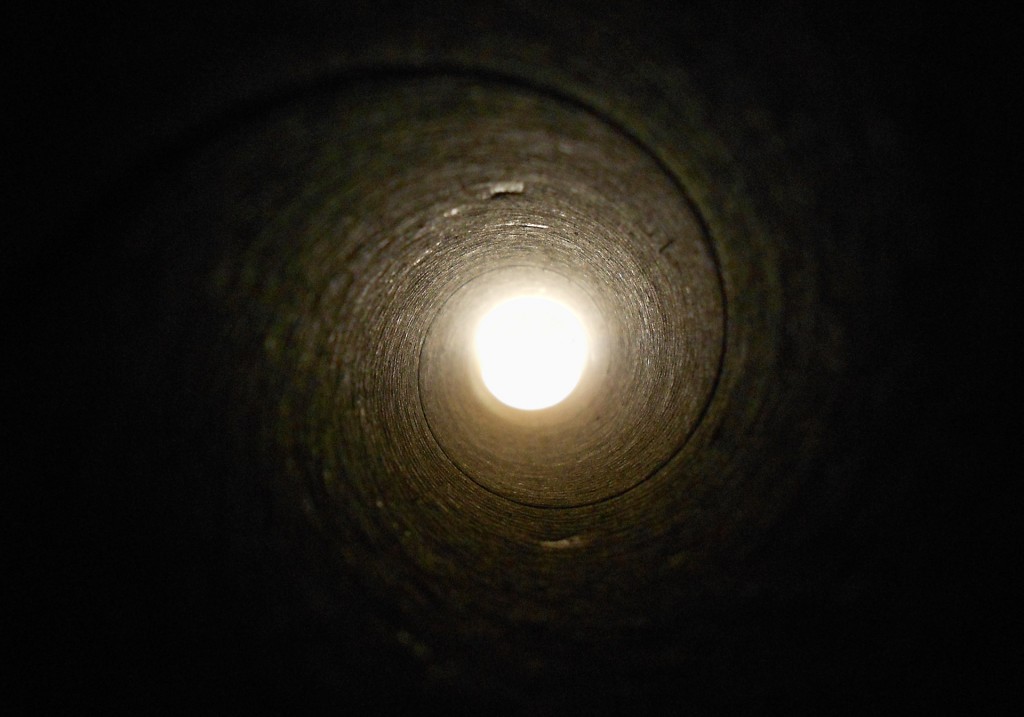 Stuck thoughts … the brick walls that form a prison around your mind. The harder you try to get rid of them, the more powerful they become. I’ve been wrestling with stuck thoughts ever since I was in fourth grade. The content or nature of the obsessions have morphed into many different animals over the course of 30-plus years, but their intensity and frequency remains unchanged. Here are some strategies I use when they make a surprise visit, techniques that help me free myself from their hold.

The first thing you want to do when you get an intrusive thought is to respond with logic. By talking back, you think you can quiet the voice. However, you actually empower the voice. You give it an opportunity to debate with you and make its case. The more you analyze the obsession –“That is a silly thought because of reasons A, B, and C” — the more attention you give it and the more intense it becomes. In “The Mindful Way through Depression,” authors Mark Williams, John Teasdale, Zindel Segal, and Jon Kabat-Zinn write, “Sorting things out and forcing a solution will always seem like the most compelling thing to do … but in fact focusing on these issues in this way is using exactly the wrong tools for the job.”

2. Know It Will Pass

I can do anything for a minute. Most things for an hour. A considerable amount for a day or two or three. Most of my intrusive thoughts—the intense phase, anyway—have a life span of two or three days. I find the obsessions much more manageable when I compare them to the cravings for alcohol I experienced in my first years of sobriety. They came with intensity and then they left. All I had to do was to bear with them for 24 hours and refrain from doing anything stupid. Then my brain would be mine again. Your stuck thoughts are not permanent. They will be gone soon enough.

Your stuck thought is most likely based in the past (feelings of regret, etc.) or the future. Rarely are we obsessed about something that is happening in the present because we are too busy living this moment. It can seem impossible to engage with what’s happening in our world in real time when we have a riveting made-for-TV drama unfolding in our heads, but the more successful we are at tuning into the here and now, the less tormented we will be by our stuck thoughts. I try to be around people and have conversations so that I have to concentrate on what they are saying to me, not the text messages of my chattering mind.

4. Tune Into the Senses

An effective way to anchor your mind in the here and now—and away from the obsession du jour–is to tune into the senses. Our five portals to the world — seeing, smelling, tasting, feeling, and hearing — can transition us from the doing mode to the being mode. For example, I was hanging out with my daughter on her bed the other night as I obsessed about something that had happened that day: theorizing why it occurred and arriving at 342 solutions to solve the problem. My daughter grabbed my hand to hold, which rarely happens these days, and it occurred to me that I was missing out on a precious moment because of some stupid stuck thought. So I made a conscious effort to focus on her soft hand in mind. Concentrating on the texture of her skin and the sweetness of that moment led me out of my head and into reality.

If you can, distract yourself with some other activity. You need not start an ambitious project to change gears. I mean, painting your bathroom walls could definitely do the job, but so could walking around the block or working on a word puzzle.

You might try to replace your obsession with another one that isn’t so emotional or damaging. Example: I was obsessing about something the other day when I headed to Panera Bread to write. I was intent on getting a booth, so I hung out at one of the smaller tables until I could secure one. I studied the people, their gestures … are they leaving? Another woman came in with her laptop and was also scouting tables to set up shop. I panicked. I knew she wanted a booth too. All of a sudden, all I could think about was securing a booth before she did. My old obsession vanished in light of this new, benign obsession.

I experience great relief when I remember that I am not obsessing about something because that thing is crucial to my existence and should replace priorities one, two, and three, but rather because the special biochemistry inside my noggin is wired to ruminate A LOT. The subject of the obsessions isn’t all that important. There is no catastrophic problem that needs to be solved in the next 24 hours. In fact, the unstuck thought might be 100 percent fluff, a made-up story the brain fabricated because it couldn’t find anything interesting enough in real life to warrant ruminations.

I know a grade schooler who is besieged by stuck thoughts, too. He doesn’t have the life experience or the knowledge to know that these thoughts aren’t real, so when they say, “You can’t do your homework because you’re stupid,” he panics, throws pencils, shouts some crazy stuff, and exhibits bizarre behavior because he is convinced that he can’t do his homework because he is stupid. Watching this temper tantrum is helpful for me because it serves as a display of what’s going on inside my head, and when I can visualize it, I see how ridiculous it all looks.

If I have tried every technique I can think of and am still tormented by the voices inside my head, I simply cry Uncle and concede to the stuck thoughts. I get on my knees and admit powerlessness to my wonderful brain biochemistry. I stop my efforts to free myself from the obsessions’ hold and allow the ruminations to be as loud as they want and to stay as long as they want because, as I said in the first point, I know they will eventually go away.

12 thoughts on “9 Ways to Let Go of Stuck Thoughts”