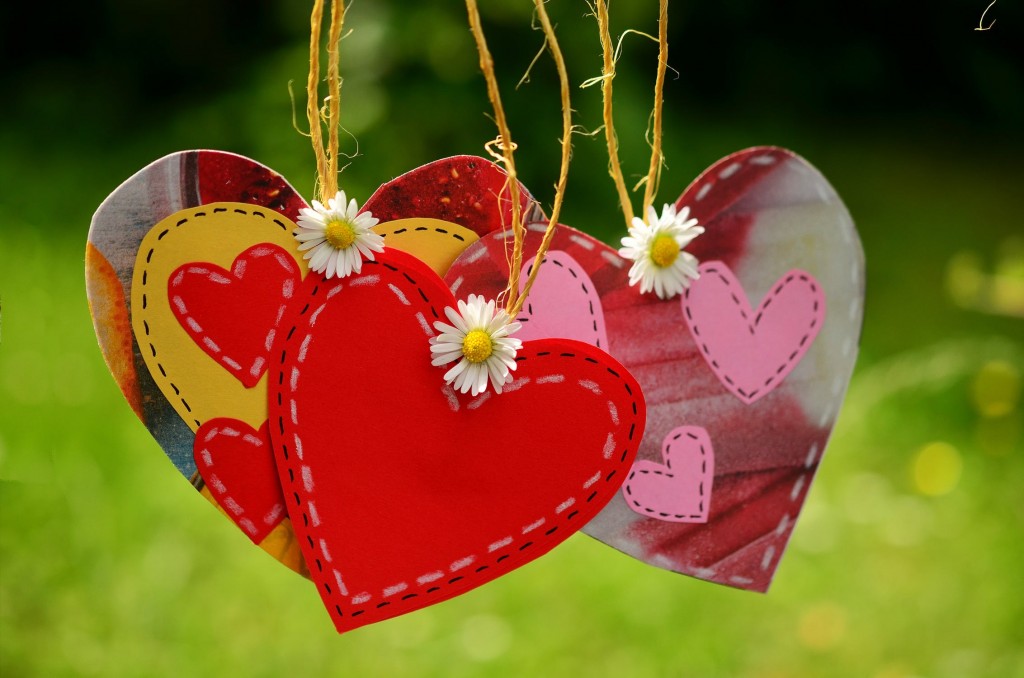 I wrote the following post a few years ago when I was in the midst of a severe depressive episode. I wanted to repost this week as we commemorate Valentine’s Day. Most of us utter “in sickness and in health” with no view into the future, blind to the challenges that illness brings to a relationship. Although I mention the high rate of divorce among couples where one person has a mood disorder, I want to reiterate a message of hope: that love and commitment can overcome anything. Valentine’s Day is cause for celebration and a day to honor relationships that have endured the complications and difficulties of a chronic illness.

My husband asked me this morning how I slept.

I wasn’t sure if I should tell him the truth.

Yesterday was a bad day in a string of good days, which feels like a blizzard the first week of April. Aren’t we done with this?

By the time we connected at dinner, I had meditated three times, ran six miles, and had practiced every deep-breathing exercise I have learned in my mindfulness-based stress reduction (MBSR) course; however, my heart was still pounding with panic and my head was an ugly warzone. This is only a thought. Don’t fight the thought. Welcome the thought. The thought is not you. The thought is not reality.

Come evening, I was thoroughly exhausted.

Then I noticed Eric’s tired eyes.

There was an extra crease there that was absent the day before.

I’ve always envied him for his calm and grounded nature. Nicknamed “Baby Buddha” as a toddler, he would sit and construct Legos for hours, preparation for the blueprints he would draw later in his career as an architect. I often make the mistake of assuming he is incapable of feeling anxious, that he has Teflon insides immune to depression and worry.

He looked down and then up.

His hesitation answered my question.

“It’s just hard on me when you’re not doing well,” he said.

There was nothing I could think to say.

I don’t think anyone would ever fault me for a lack of trying with regard to my health. I am doing everything that I have ever read about that has potential to relieve anxiety and depression. But have yet to be cured.

I could tell there was more, that he was angry.

“You look fine to the outside world, so no one thinks to ask me how I’m holding up. It’s like we’re managing this chronic mystery illness that no one knows about.”

It is no wonder that marriages where one person is bipolar have a high rate of divorce. It’s understandable that depression would have a much greater impact on marital life than cardiac disease.

The spouse of a depressive or bipolar almost always is burdened by more than his share of jobs, responsibilities, and all things family life because pursuing good health is so time and energy-intensive on the part of the person with the illness. In our case, the hours invested are equivalent to a 40 hour full-time job if you add up all the extra grocery shopping and food preparation for a strict, brain-healthy diet, doctors’ visits, yoga, swimming, meditation, research, lab work, diagnostic tests. Then subtract the hours lost (not to mention the pay) due to sickness. This is all on top of an already stressful life of raising kids and, in some cases (like ours), helping elder parents pay their bills and such.

As he spoke, I was blindsided with guilt.

I pictured him with someone else, this attractive woman at our church who I sometimes tease him about. I was surprised that instead of jealousy, I felt relief – by the thought of no longer burdening him with all of my health issues, all of the gunk that has muddied the last 12 years of our marriage.

“I can’t believe he hasn’t left you,” a very candid person will occasionally say to me, for reasons I don’t understand.

I think about Laura.

I’m inspired by the love story of bestselling author Laura Hillenbrand and her husband, Borden. The extraordinary writer of “Seabiscuit” and “Unbroken” penned a piece about her life with Chronic Fatigue Syndrome for the New Yorker called “A Sudden Illness.” Borden had plenty of chances to leave Laura before they married. Many friends advised him to do just that. The two were college sweathearts back before she got sick at age 19. To everyone’s astonishment, he stayed by her side even as her crippling symptoms can keep her housebound for two years at a time. She was so sick she missed her own wedding reception. Yet they have somehow carved out a beautiful life together.

I was especially moved by her description of the evening that both of them got real and together confronted their painful reality:

He came into my office one night in June, sat down, and slid his chair up to me, touching his knees to mine. I looked at his face. He was still young and handsome, his hair black, his skin seamless. But the color was gone from his lips, the quickness from his eyes. He tried to smile, but the corners of his mouth wavered. He dropped his chin to his chest. He began to speak, and fourteen years of unvoiced emotions spilled out: the moment of watching the woman he loved suffer, his feelings of responsibility and helplessness and anger; his longing for children we probably couldn’t have; the endless strain of living in obedience to an extraordinarily volatile disease.

We talked for much of the night. I found myself revealing all the grief that I had hidden from him. When I asked him why he hadn’t said anything before, he said he thought I would shatter. I recognized that I had feared the same of him. In protecting each other from the awful repercussions of our misfortune, we had become strangers….

We spent a long, painful summer talking, and for both of us there were surprises. I didn’t shatter, and neither did he. I prepared myself for him to leave, but he didn’t. We became, for the first time since our days at Kenyon, alive with each other.

“How did you sleep?” Eric asked me this morning.

7 thoughts on “In Sickness and in Health: Celebrating Valentine’s Day”