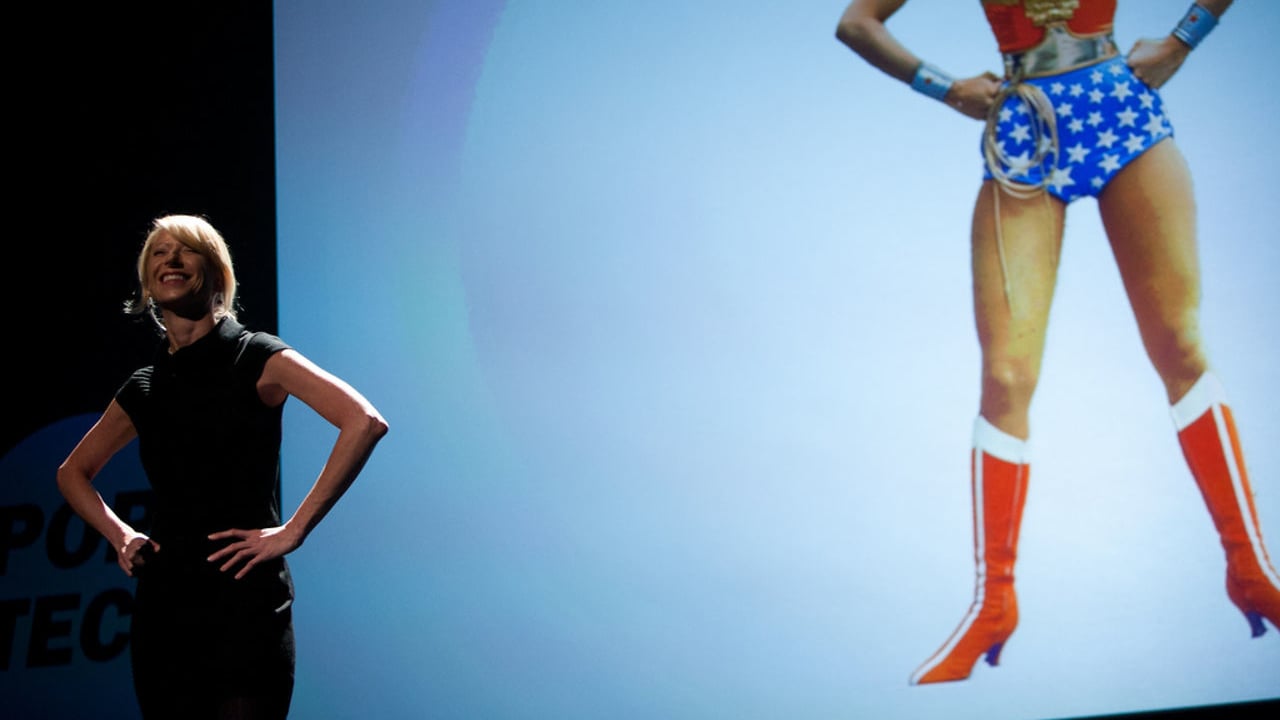 Social scientists have long studied the effects of body language on the perception of others. For example, a 2009 study published in the journal Language and Cognitive Processes investigated the role of hand gestures in persuasive speech and found that people assess public presenters to be more effective and competent when they use their hands.

However, the way we hold ourselves, the positions we assume during our day, also impact our own thoughts and feelings, even our physiology. Amy Cuddy, Ph.D., professor and researcher at Harvard Business School, gives an inspiring TED talk, the second most viewed talk in TED’s history, about how our body postures influence our emotional health far more than we think. A simple tweak from a passive stance to a power pose can change our hormone levels and can transform us into a more confident person, improving our chances for success.

In her talk, Cuddy discusses specific nonverbal expressions of power and dominance that we are born knowing. They are universal and intuitive to all creatures in the animal kingdom: gestures of expanding and opening up, stretching out and making yourself big. One of her colleagues, Jessica Tracy, Ph.D. showed in her studies that people who are congenitally blind throw their arms up in a V shape, chin lifted, when they win a physical competition, just as athletes do who have perfect sight.

Also universal and intuitive are gestures of powerless. We close up, slouch, make ourselves small.

Cuddy studied the minds of people who consistently displayed power poses and those who exhibited powerless poses. The power people were more assertive, confident, and optimistic. They were also able to think more abstractly and were willing to take risks.

In primate hierarchies, high-power alpha males have high testosterone and low cortisol. Interestingly enough, if another alpha needs to take over, that primate’s testosterone goes up significantly and his cortisol drops. She found the same hormone levels in powerful and effective leaders.

But how can power posing be applied in practical ways?

That’s what the researchers wanted to know. So the team conducted another study involving a stressful interview. Participants again either adopted the high- or low-power poses. Then they went to a five-minute job interview where the judges were trained to give no nonverbal feedback. They also had coders look at the videotapes of the interview, who were blind to the hypothesis and conditions. In the end all the high-power posers were asked to be hired and were evaluated much more positively overall.

Cuddy explains that the study is proof that there is something to the aphorism, “Fake it til you make it.” She says in her TED talk:

Then she tells a powerful story that places all of her research into context.

On Being an Imposter

When she was 19 year old, Cuddy was in a serious car accident and woke up in a head injury rehab ward. She had to withdraw from college and her IQ dropped by two standard deviations. Having based her identity on being a gifted child and intellectual pursuits, she was crushed. She felt entirely powerless.

She ended up at Princeton and felt like an imposter. The night before her first-year talk, she was afraid of being “found out.” Cuddy informed her advisor, Susan Fiske, that she was quitting. Susan didn’t let her off the hook so easily. She gave her a Tony Robbins pep talk:

Cuddy followed her instructions. She faked it for five years n grad school, then moved to Northwestern, then arrived at Harvard. Eventually she didn’t feel like an imposter anymore.

Fake It Til You Become It

The Harvard social scientist has used her personal tragedy to transform lives. Her closing words will inspire you not only to stand up straighter and open up your chest, but to never stop trying and to always have the courage to be yourself:

4 thoughts on “Power Poses: How Your Body Language Can Empower You”