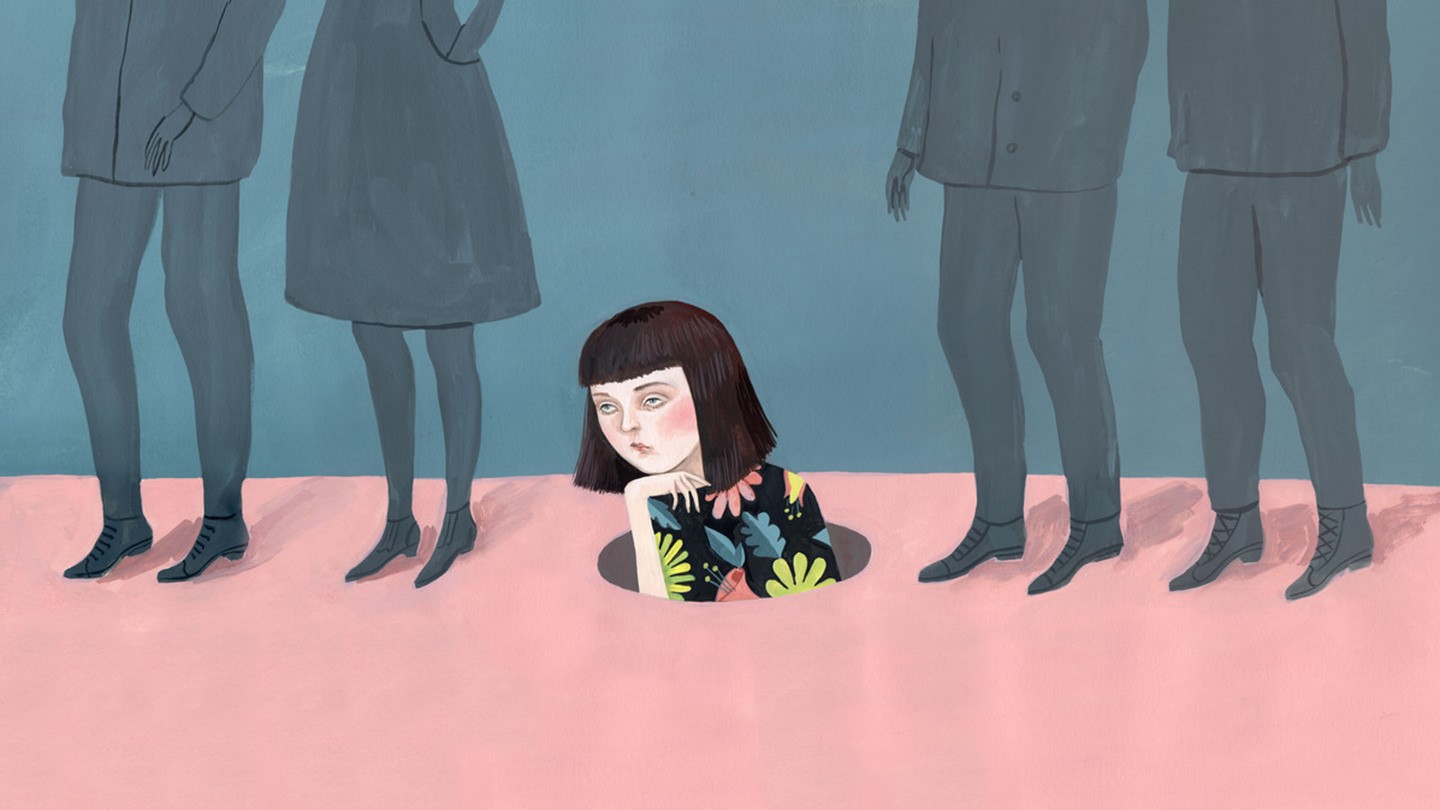 According to the National Institute of Mental Health, an estimated 15.7 million adults aged 18 or older in the United States had at least one major depressive episode in 2014. That’s 6.7 percent of all US adults. And yet we have a far way to go in reducing the stigma associated with the illness. For example, results pulled from a public attitude survey in Tarrant County, Texas, conducted by the county’s Mental Health Connection and the University of North Texas in Denton indicated that 50 percent of people believe major depression might result from people “expecting too much from life,” and more than 60 percent said an effective treatment for depression is to “pull yourself together.” Pervasive myths and ignorance surrounding depression make it that much harder for people suffering from the illness to recover. Here are some common myths about depression and an attempt to debunk them.

1. Depression Is a Result of a Lack of Willpower

According to the Texas survey mentioned above, more than 40 percent of people believe that depression is a result of a lack of willpower. I have bought into this myself, and have stymied my progress to better health by continuous attempts to will myself to better mental health — attempts to master my thoughts and better train my emotions. For those of us with severe symptoms, sometimes we make things worse by trying too hard. A study published in August 2007 in The Journal of Neuroscience showed that there was a breakdown in normal patterns of emotional processing that prevented depressed and anxious people from suppressing negative emotions. In fact, the more they tried, the more they activated the fear center of their brain — the amygdala — which fed them more negative messages. To counter this myth, I remember some of the strongest characters in history who have struggled with depression — leaders like Abraham Lincoln and Winston Churchill. Their nobility and resolve came as a result of persevering through painful symptoms, not pretending they don’t exist or going to extremes to master their thoughts. I don’t think anyone would ever say that Lincoln or Churchill lacked willpower.

2. Depression Is Always Triggered By Something

Specific events and situations can certainly trigger depression, but the illness is its own separate entity. Depression is not ordinary sadness, disappointment, or grief, although those emotions may blend with the symptoms of depression in the days and weeks surrounding a negative event. J. Raymond DePaulo, Jr., M.D., Professor of Psychiatry and Behavioral Sciences at the Johns Hopkins University School of Medicine explains in his book, Understanding Depression: “Precipitating events or ‘stressful’ life events can lead to depression in some people and discouragement in others. One is an illness, the other is a natural response to misfortune.” He believes that people who get depressed from events usually have both a genetic predisposition and more traumatic life events.

However, even though an event can precipitate a depressive episode, depression is its own beast — with distinct symptoms like lethargy, inability to eat, lack of concentration, insomnia, suicidal ideations —and should be treated as such. Renowned psychiatrist Peter Kramer remarked, “To see the worst things a person can see is one experience; to suffer mood disorder is another.”

Depression is unlike illnesses like diabetes in that it we cannot determine results by a simple blood test and its treatment isn’t as straightforward as taking insulin. However, it is a legitimate illness that is not to be confused with mere sadness or situational distress. Depression is not a condition from which a person can easily snap out, or a state of mind brought on by self-absorption. It is extremely complex, combining physiological, psychological, and social components, and involving an intricate web of biological systems—nervous, digestive, endocrine, respiratory. Its cause is not as simple as imbalances of neurotransmitters, the chemical messengers in the brain that bridge the synaptic clefts, as experts once believed. A wave of new research point to other considerations, such as: faulty brain wiring in the frontal lobes, cell shrinkage in the hippocampus region of the brain, hormonal imbalances, and genetic variations.

4. Only Women Get Depressed

According to the National Institute of Mental Health, women experience depression at roughly twice the rate of men. Many factors contribute to women’s depression, such as hormonal fluctuations, especially in the childbearing ages, and social stresses, including family responsibilities. However, approximately 6 million men in the US experience depression each year. Although the symptoms used to diagnose depression in men are the same as in women, men cope with depression differently than women, making male depression more difficult to diagnose. For example, men tend to be more irritable and angry, versus sad and weepy. They are more apt to engage in reckless behavior and turn to drugs and alcohol. Men often report more physical symptoms than women, like backaches, chest pain, headaches, and digestive problems.

5. Depression Is a Sin

In church circles you will often hear that depression is a sin and that the place to treat it is in the confessional, not in a psychologist’s office. I have had people tell me that my suicidal thoughts are attacks of Satan. There is definitely a spiritual component to depression — faith can be a very useful tool to help a person cope with feelings of despair — but clinical depression is distinct from a dark night of the soul or from a spiritual struggle. Suicidal thoughts are symptoms of an illness, not a lack of faith. Kevin Culligan, OCD, psychologist and the former chair of the Institute of Carmelite Studies explains the difference between a dark night and clinical depression in his chapter in Carmelite Prayer. He writes:

Thoughts of death do indeed occur in the dark night of the spirit, such as “death alone will free me from the pain of what I now see in myself,” or “I long to die and be finished with life in this world so that I can be with God,” but there is not the obsession with suicide or the intention to destroy oneself that is typical of depression. As a rule, the dark nights of sense and spirit do not, in themselves, involve eating and sleeping disturbances, weight fluctuations, and other physical symptoms (such as headaches, digestive disorders, and chronic pain).

6. If You Eat a Good Diet, You Won’t Be Depressed

There is much benefit in eating a good diet. However, they aren’t enough to protect me from depression entirely.  A 2014 review published in the American Journal of Clinical Nutrition examined the link between diet and depression risk and found that a diet consisting mainly of fruit, vegetables, fish, and whole grains was significantly associated with a reduced risk of depression. However, to say that good nutrition is all you need to avert depression is a dangerous myth.

I once interviewed Ron Pies, MD, professor at SUNY Upstate Medical University in Syracuse, New York, on this topic. He said that in his experience, he sees an emotional “flattening” in maybe 10 to 20 percent of patients who take medications. When that happens, he will either reduce the dose of antidepressant or change to a different kind of medication. “Most patients who take antidepressant medication under careful medical supervision do not wind up feeling ‘flat’ or unable to experience life’s normal ups and downs,” he explained. “Rather, they find that — in contrast to their periods of severe depression — they are able to enjoy life again, with all its joys and sorrows.”

10 thoughts on “7 Common Myths About Depression”