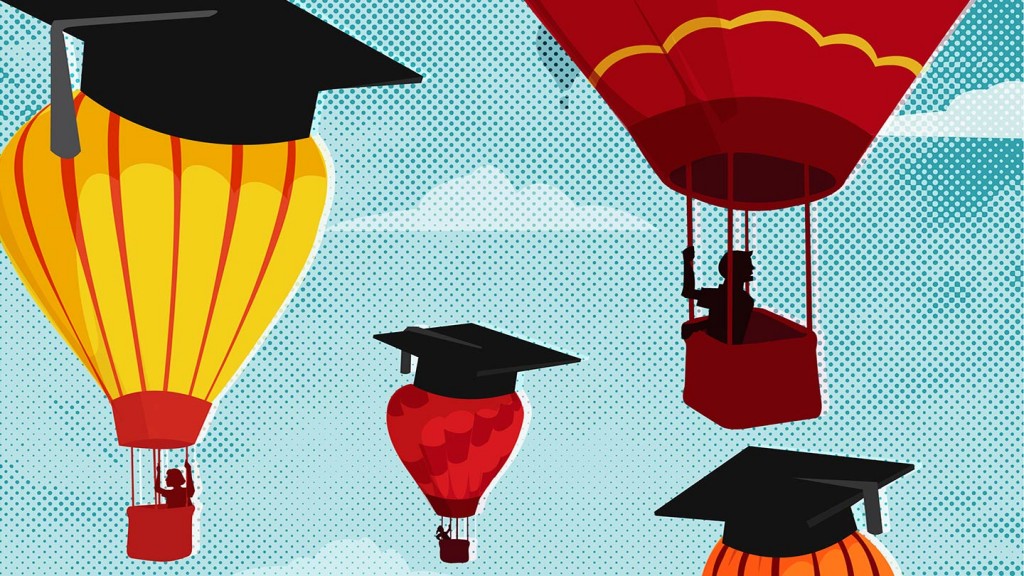 It’s that time of year again, when esteemed politicians, bestselling novelists, famous actresses, and luminaries of all kinds address graduating seniors and dole out advice for heading into the real world.

I like to read commencement speeches from past years, because I find that much of their wisdom speaks to navigating through the challenges of depression and embracing the kind of optimism that makes us more emotionally resilient. Here are a few sound bites from some of the most inspiring commencement addresses that will motivate you toward peace, happiness, and better health.

“So why do I talk about the benefits of failure? Simply because failure meant a stripping away of the inessential. I stopped pretending to myself that I was anything other than what I was, and began to direct all my energy into finishing the only work that mattered to me. Had I really succeeded at anything else, I might never have found the determination to succeed in the one arena I believed I truly belonged. I was set free, because my greatest fear had been realized, and I was still alive, and I still had a daughter whom I adored, and I had an old typewriter and a big idea. And so rock bottom became the solid foundation on which I rebuilt my life. You might never fail on the scale I did, but some failure in life is inevitable. It is impossible to live without failing at something, unless you live so cautiously that you might as well not have lived at all — in which case, you fail by default.”

2. Be True to Yourself

“Never follow anyone else’s path, unless you’re in the woods and you’re lost and you see a path, and by all means you should follow that. Don’t give advice — it will come back and bite you in the ass. Don’t take anyone’s advice. So my advice to you is to be true to yourself, and everything will be fine.”

3. Don’t Get Trapped by Dogma

“Remembering that I’ll be dead soon is the most important tool I’ve ever encountered to help me make the big choices in life. Because almost everything — all external expectations, all pride, all fear of embarrassment or failure — these things just fall away in the face of death, leaving only what is truly important. Remembering that you are going to die is the best way I know to avoid the trap of thinking you have something to lose. You are already naked. There is no reason not to follow your heart … Your time is limited, so don’t waste it living someone else’s life. Don’t be trapped by dogma, which is living with the results of other people’s thinking. Don’t let the noise of others’ opinions drown out your own inner voice. And most important, have the courage to follow your heart and intuition. They somehow already know what you truly want to become. Everything else is secondary.”

4. Be Your Own Story

“You are your own stories … And although you don’t have complete control over the narrative (no author does, I can tell you), you could nevertheless create it. Although you will never fully know or successfully manipulate the characters who surface or disrupt your plot, you can respect the ones who do by paying them close attention and doing them justice. The theme you choose may change or simply elude you, but being your own story means you can always choose the tone. It also means that you can invent the language to say who you are and what you mean … So from my point of view, which is that of a storyteller, I see your life as already artful, waiting, just waiting and ready for you to make it art.”

“Fear is going to be a player in your life, but you get to decide how much. You can spend your whole life imagining ghosts, worrying about your pathway to the future, but all there will ever be is what’s happening here, and the decisions we make in this moment, which are based in either love or fear. So many of us choose our path out of fear disguised as practicality. What we really want seems impossibly out of reach and ridiculous to expect, so we never dare to ask the universe for it.”

“Don’t ever lose your enthusiasm. Don’t suddenly become self-conscious. Don’t be that person who puts on a suit and takes off his glasses mid-sentence like this because he thinks it makes him look smart … Stay away from affects. Better yet, be the left shark. Remember last Super Bowl, when the Patriots won? You may be thinking of Tom Brady’s deflated balls right now, but I’m thinking of Katy Perry’s halftime performance. She was onstage dancing with two sharks. The shark on the right knew every dance move and performed perfectly. But it was the left shark, the one who went rogue and danced to his own crazy beat, who stole the show. So don’t ever be a conformist for convenience sake. Or, as Mark Twain put it, ‘Whenever you find yourself on the side of the majority, it’s time to pause and reflect.’ Be the left shark.”

“Henry James said, ‘To live is such an art ….’ If, from my vantage point now, I could tell my 22-year-old self what I now believe is the most important thing in life (and one I didn’t embrace fully at the time because I was young and willful and reckless), it would be to be present. I would encourage you, with all my heart, just to be present. Be present and open to the moment that is unfolding before you. Because ultimately, your life is made up of moments. So don’t miss them by being lost in the past or anticipating the future. Don’t be absent from your own life.”

8. Be Compassionate to Everyone

“Be grateful to everyone. Be grateful to everyone. How beautiful is that! Because everyone is a teacher. Everyone brings us something of value, even if it seems totally negative to us at the time we receive it. I would add to that, and the Buddha of course already did so: Be compassionate to everyone. Don’t just search for whatever it is that annoys and frightens you. See beyond those things to the basic human being. Especially see the child in the man or woman. Even if they are destroying you, allow a moment to see how lost in their own delusion and suffering they are. It is only this insight into brutality and any form of meanness and cruelty that lessens the pain of being oppressed and in so many cases on this planet, senselessly annihilated.”

“So whatever your dream is right now, if you don’t achieve it, you haven’t failed, and you’re not some loser. But just as importantly — and this is the part I may not get right and you may not listen to — if you do get your dream, you are not a winner. After I graduated from here, I moved down to Chicago and did improv. Now there are very few rules to improvisation, but one of the things I was taught early on is that you are not the most important person in the scene. Everyone else is. And if they are the most important people in the scene, you will naturally pay attention to them and serve them … And life is an improvisation. You have no idea what’s going to happen next and you are mostly just making things up as you go along. And like improv, you cannot win your life. Even when it might look like you’re winning … So no more winning. Instead, try to love others and serve others, and hopefully find those who love and serve you in return.”

In 2011, I gave the commencement address at my alma mater, Saint Mary’s College, in Notre Dame, Indiana. My advice to the graduates was to embrace their imperfections. I used my favorite verse from Leonard Cohen’s “Anthem” as my theme:

Ring the bells that still can ring
Forget your perfect offering
There is a crack in everything
That’s how the light gets in.

4 thoughts on “9 Commencement Quotes That Will Inspire You”