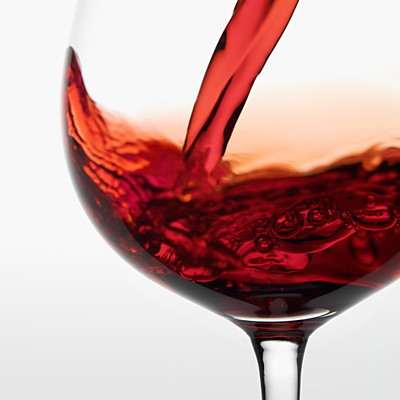 I used to think that once you put down the drink, you were fixed; that once you conjured up the courage to quit your addiction, the hard work was over. But addicts are never really cured. Like cancer survivors, they simply stay in remission for the duration of their lives. There is always a person, place, or thing in their horizon promising them the way to the land of unicorns and fairies, a detour from the painful stuff of life.

“Is it still hard for you to not to drink?” a friend asked me recently when I celebrated my sobriety anniversary.

“Sometimes,” I said, not sure how to explain what addiction looks like in someone’s brain, or how addicts think.

I have gotten used to a life without alcohol. Having quit before I graduated from high school, I have survived all social functions of my adult life without a glass of merlot in my hand—even the awkward business ones where I didn’t know a soul and was the only one in a cocktail dress. I have learned how to dress up sparkling water to resemble a martini or some other acceptable cocktail in order to avoid the “Why don’t you drink?” conversation.

As Nakken explained, my temptation is to use anything mood altering to get wasted, anything that has a shot of numbing the ache.

I talked with nutritional expert and physician Pam Peeke the other day about her latest book, “The Hunger Fix,” which lays out the science to prove that fatty, sugary, salty processed foods produce in a food addict’s brain the same chemical reaction as addictions to crack cocaine and alcoholism.

She explained that for those of us who have a genetic load toward addiction, it may be difficult to do anything in moderation. We are programmed to get to that overstimulation point, no matter the element; however, we have the power to change our gene expression. By making lifestyle decisions (exercise, meditation, yoga, good diet) that promote and protect our health, we can “write in the margins of our genome,” she said.

This isn’t to say that we’re no longer addicts. I think as long as there is a Godiva store somewhere in our world, I will always match the description of an addict. Most recovering alcoholics I know would concur that they have a “thinking” problem more than a drinking problem in that the thrill with which they hope to fill the empty pockets of the soul starts in the head.

However, with each decade I’m sober, I can more easily recognize the false promises whispered into my ears and spend less energy exploring their paths. Experience tells me there is no such thing as a pain-free life, even after you’ve put down the drink. Sobriety is about identifying the things in your life that are real and good and true, one day at a time, 28 years later.

7 thoughts on “On Rejecting the False Promise of Addiction”