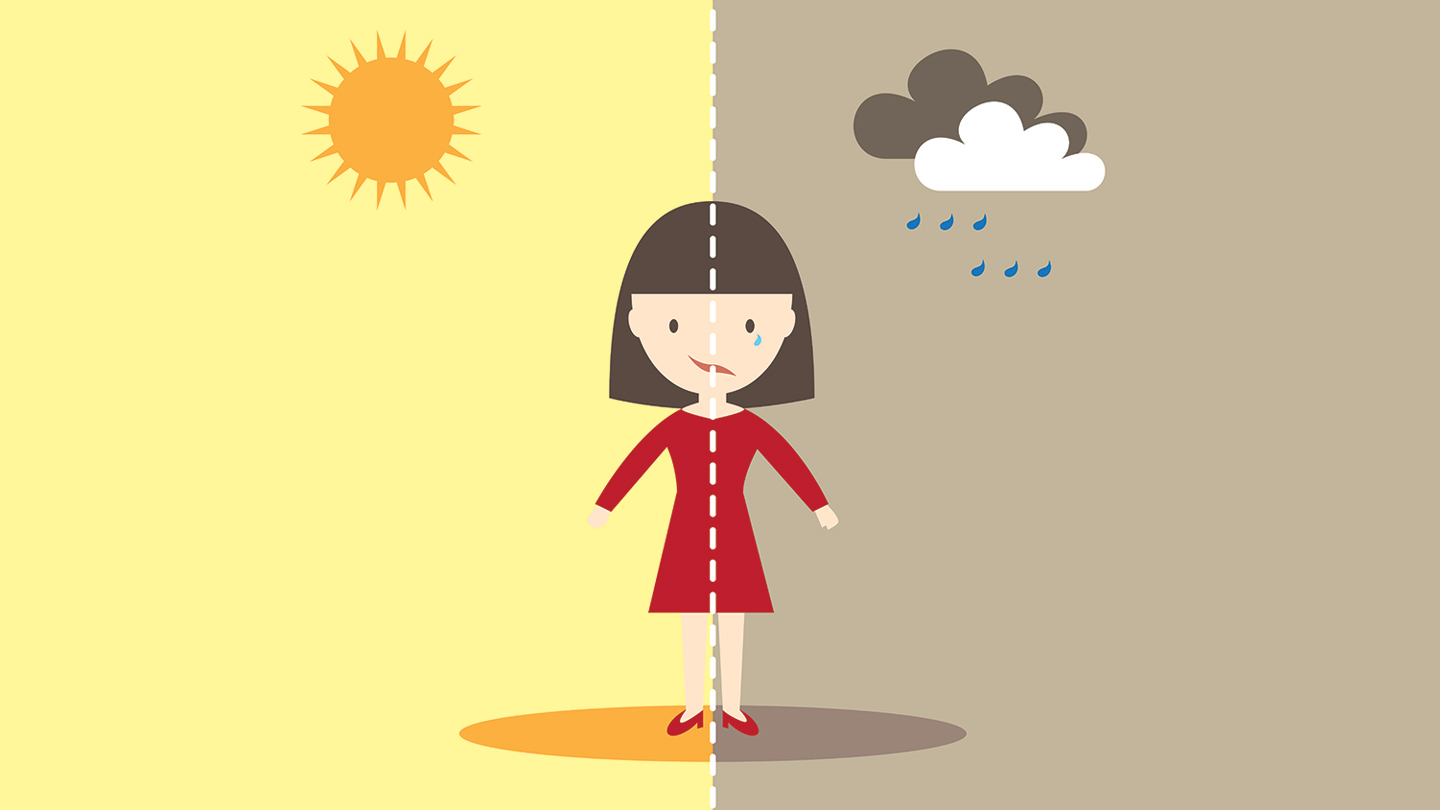 We’ve been told since our first pimple arrived to look in the mirror and say, “I’m good enough, I’m smart enough, and today is going to be a GREAT day, despite this mammoth zit on my chin” while plastering a fake grin on our face.

Positive psychologists have force-fed us affirmations, telling us that the more we say them and try to believe them, that happiness will be ours; that happiness is the only thing we should really care about, because “the pursuit of happiness” is our American right.

But is all of this scientifically sound?

Susan David, PhD, a psychologist on the faculty of Harvard Medical School, thinks not. After two decades of researching the science of emotions, she is making waves with her concept of “emotional agility,” which was declared by the Harvard Business Review to be one of the “Management Ideas of the Year.” In her recent book, Emotional Agility, she explains why we need to stop forcing happiness and allow ourselves to feel our emotions.

The Danger of Too Much Happiness

“The paradox of happiness is that deliberately striving for it is fundamentally incompatible with the nature of happiness itself,” Dr. David writes. “Striving for happiness establishes an expectation, which confirms the saying that expectations are resentments waiting to happen.”

She peppers her book with studies showing why forced happiness does nothing but make us unhappier. In one study published in the Journal of Personal and Emotional Psychology in January 2001, two researchers at the University of California in Berkeley inspected yearbook photos from 1958 and 1960.

They distinguished genuine smiles from false smiles (the two smiles activate different muscle groups). Thirty years later, the students with the genuine smiles were found to be faring much better than those with the fake smiles: The genuine smilers had more satisfying marriages, greater feelings of well-being, and so forth.

In a study published in August 2011 in Emotion, some participants were given a fake newspaper article that praised the advantages of happiness, while another group read an article that didn’t mention happiness. Both groups then watched randomly assigned film clips that were either happy or sad.

The participants who had been given the newspaper article lauding the benefits of happiness came away from viewing the happy film feeling less happy than those in the group who weren’t told to feel happy in the article.

Says David, “Placing too high a value on happiness increased their expectations for how things ‘should be,’ and thus set them up for disappointment.”

Finally, in two studies published in October 2012 in Emotion, it was determined that the more people valued and pursued happiness, the lonelier they felt on a daily basis. Striving for happiness seemed to damage people’s connections with others because, in Western contexts, happiness is usually defined in terms of personal positive feelings. In the second study, inducing people to value happiness led to greater loneliness, as measured by self reports and levels of the hormone progesterone.

Most of us try to confine our negative emotions to a tiny corner of our brain the way Joy did in Disney’s Inside Out, when she drew a small circle for Sadness to stay inside for the day. We’re uncomfortable with negative emotions because we’ve been told that they’re bad.

But David encourages us to embrace them as much as we can, because they hold hidden gifts. “Our so-called negative emotions encourage slower, more systematic cognitive processing,” she explains. “’Negative’ moods summon a more attentive, accommodating thinking style that leads you to really examine facts in a fresh and creative way.”

One of my favorite sections of the book is when she lists all the benefits of our negative emotions. Among the “good news about bad moods” are these perks:

Anger can help us confront something important.

Envy can motivate us to do better.

Embarrassment and guilt can help our relationships and encourage cooperation.

Sadness often signals something is wrong. Says David, “Our raw feelings can be the messengers we need to teach us things about ourselves and can prompt insights into important life directions.”

The Four Concepts of Emotional Agility

Emotional agility is a process whereby a person navigates through life’s twists and turns with self-acceptance and an open mind. You don’t ignore the difficult emotions, nor do you stew on them. You simply hold the emotions and thoughts loosely, with a degree of courage and compassion. Then, when appropriate, you try to move past them to make the necessary change in your life. There are four key concepts to emotional agility:

When you read as many self-help books as I do, you grow weary of the same advice to think positive and pull yourself up by the bootstraps. I was refreshed by David’s approach: Don’t worry so much about being happy. Acknowledging the hidden treasures in my negative emotions makes me more willing to put up with them, and to let them guide me toward the changes I need to make in my life.

This is good news for grumps.