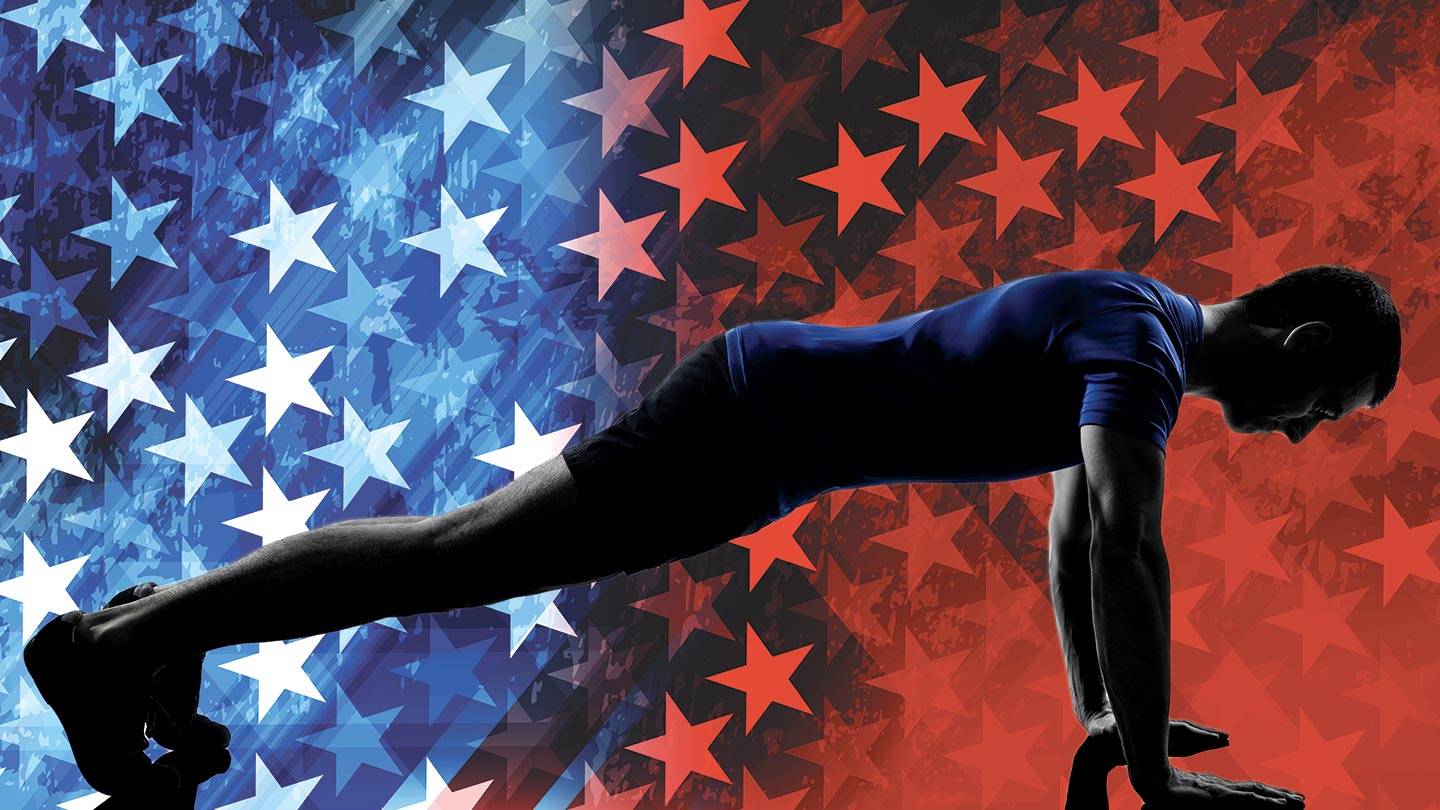 Brace yourselves for an unsettling statistic: 22 veterans die by suicide every day.

That’s why you may have been tagged on Facebook or Twitter — or will be soon — to do #22pushups.

The #22KILL movement was organized in 2013 by a group called Honor Courage Commitment to raise awareness about the staggering statistics on veteran suicide, and also to educate the public about mental health issues in general. 22KILL became its own nonprofit organization two years later, expanding its initiatives into a variety of programs that raise awareness of the epidemic of suicide in members of the military and among veterans.

Make Your Pushups Count for Veterans

My favorite thing about this movement is #22pushups, because it’s gone viral, generating conversations about this serious topic on social media.

The folks at 22KILL wanted to reach a goal of 22 million pushups “to honor those who serve and to raise awareness for veteran suicide prevention.” They recently met that goal; their counter is currently at 28.5 million.

If you’d like to add to the count but are fretting, thinking back to eighth grade gym class when you couldn’t get to five pushups, don’t worry. There are accommodations for those of us who can’t pull off 22. You can do pushups on your knees, or with the help of a wall or desk. Air pushups (whatever those are) will even be accepted for those who are physically unable to do any.

Here are 22KILL’s instructions for submitting your pushups:

The Facts About Veteran Suicides

The data about 22 veterans dying each day from suicide was published in a Suicide Data Report issued by the Department of Veterans Affairs in 2012. The estimated number was based on data obtained from 21 states and calculated using service history as reported on death certificates.

The authors, Janet Kemp, RN, PhD, and Robert Bossarte, PhD, compiled some other interesting statistics regarding suicide among veterans:

Don’t wait to get tagged by a friend on Facebook to share your support for programs like the ones by 22KILL that connect veterans to resources that save lives. Your pushups for this cause would mean a lot more than they did in gym class: They are a statement about helping the wounded warriors who have so generously served us, and about awareness of the suicide epidemic in this country.

One thought on “The #22Pushups Challenge: What You Can Do for Vets With PTSD”