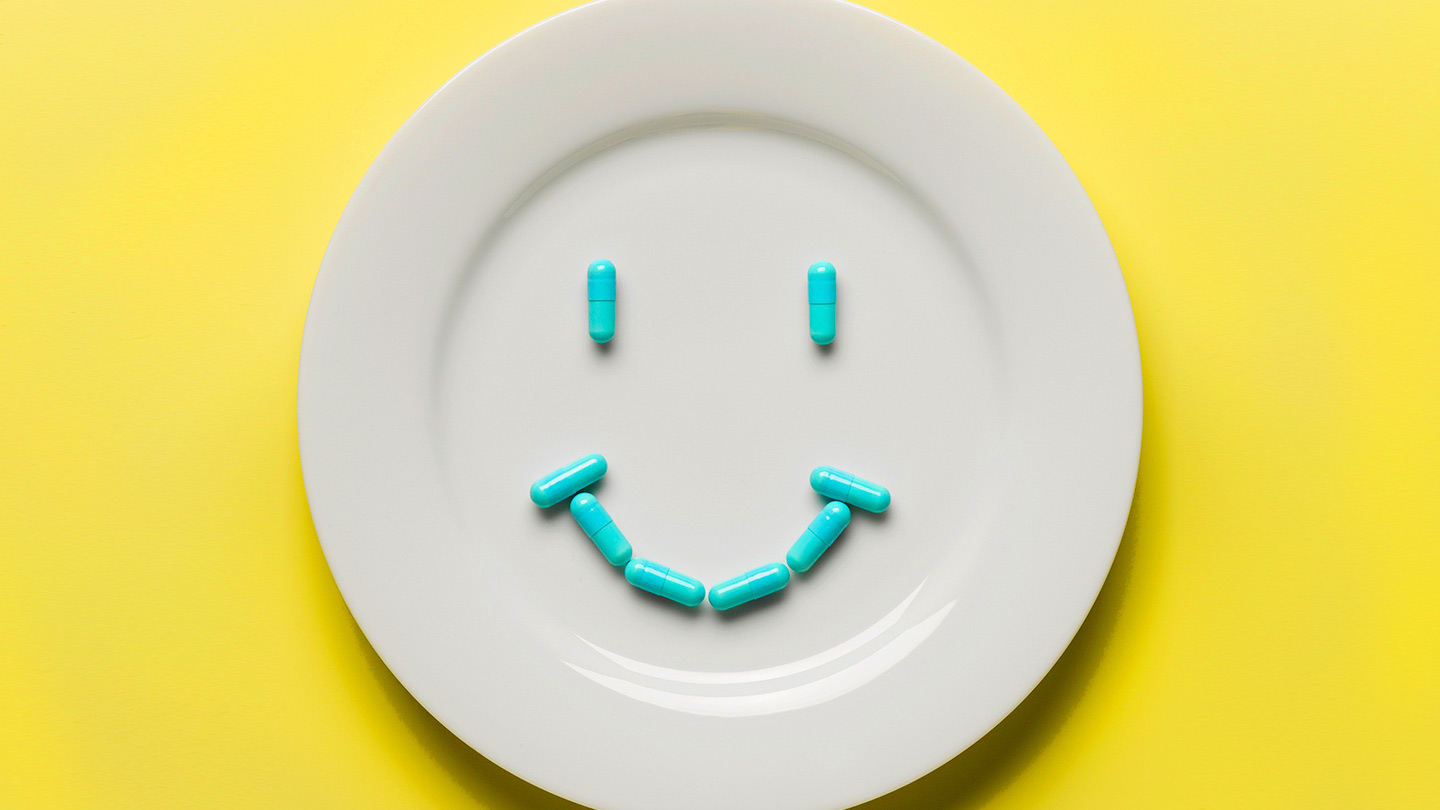 The American Journal of Psychiatry has just published a meta-analyses of supplements, or nutraceuticals, that, used in adjunction to antidepressants, have evidence of reducing depressive symptoms. The primary positive results were found with SAMe (adenosylmethionine) methylfolate, omega 3 (primarily EPA or ethyl-EPA), and vitamin D. Positive isolated studies were found for creatine, folinic acid, and an amino acid combination. Mixed results were found for zinc, folic acid, vitamin C, and tryptophan. With all the supplements available on the market today for depression, it is important to know which ones are supported by evidence. I would start with these four:

SAMe has been available in in Europe by prescription since the 1970s for the treatment of various conditions, including depression. It became available in the United States in 1999. In a 2010 double-blind randomized clinical study, participants with major depressive disorder who had not responded to a serotonin reuptake inhibitor (SRI) continued to take their SRI treatment for six weeks. Some of the patients were treated with adjunctive SAMe and some placebo. At the end of the study, the remission rates were higher for patients treated with SAMe than placebo.

In a 2013 open-label, fixed dose, single-blind study published in The Scientific World Journal, researchers evaluated 33 outpatients with major depressive episode who failed to respond to at least eight weeks of treatment with two antidepressants. They were given 800 mg of SAMe for 8 weeks, in addition to their existing medication. At eight weeks, 60 percent of the patients had a significant decrease in Hamilton Rating Scale for Depression (HAM-D) scores, and remission was achieved by 36 percent.

As I explained in another blog, research has linked folate deficiencies to depression. The B vitamin is important for stabilizing our mood. Many of us are folate deficient because up to 40 percent of the general population can’t convert folate to its active form, methylfolate. Lots of folks have a gene mutation in their methylenetetrahydrofolate reductase (MTHFR) enzyme that prevents the conversion.

Supplementing with L-methyfolate, a bioavailable form of folate that plays a role in neurotransmitter synthesis, can improve a person’s response to antidepressant medications. In fact, several studies have documented the enhanced efficacy of selective serotonin reuptake inhibitors (SSRIs) and serotonin-norepinephrine reuptake inhibitors (SNRIs) when taken with L-methyfolate.

In a 2012 study published in the American Journal of Psychiatry, researchers conducted two randomized, double-blind, parallel sequential trials to evaluate the effect of L-methylfolate augmentation in the treatment of major depressive disorder in patients who had a partial response or no response to selective serotonin reuptake inhibitors (SSRIs). Adjunctive L-methylfolate at 15 mg/day showed significant improvement in response rate and degree of change in depression scores as compared to continued SSRI therapy plus placebo.

The American Journal of Psychiatry meta-analyses evaluated eight studies of Omega 3 that were double-blind randomized controlled trials. The trials involved both eicosapentaenoic acid (EPA) and docosahexaenoic acid (DHA) combinations; however analysis showed that the data was stronger when studying EPA-inclusive studies (removing the DHA-only trials). Per the meta-analyses:

The findings from the omega-3 meta-analysis demonstrates this augmentation approach significantly reduces depressive symptoms beyond placebo and thus has potential clinical and public health significance. As detailed in a recent general meta-analysis, it is advised that EPA or ethyl-EPA dominant formulas be used, as DHA may not be effective.

In a 2013 study published in European Neuropsychopharmacology, researchers conducted a randomized, double-blind trial comparing the efficacy of EPA versus DHA as adjuncts to maintenance medication treatments for mild-to-moderate depression. Patients receiving the EPA showed significantly lower scores on the Hamilton Depression Rating Scale (HDRS) than did those receiving DHA or placebo.

I order my Omega 3 from OmegaBrite because their capsules contain 70 percent EPA in a 7:1 ratio of EPA to DHA. I noticed a difference in switching from a brand of mostly DHA to mostly EPA.

As I said in my post, “6 Conditions That Feel Like Depression But Aren’t,” a deficiency in vitamin D will feel very much like depression. Lots of studies have found a close association between depression (or increased odds for depression) and vitamin D deficiencies. And as many as three-quarters of U.S. teens and adults are deficient, according to a 2009 study published in the Archives of Internal Medicine.

In a 2013 study published in the Australian and New Zealand Journal of Psychiatry, researchers compared the therapeutic effects of vitamin D3 plus fluoxetine and fluoxetine alone in patients with major depressive disorder. Patients received either 1500 IU vitamin D3 plus 20 mg fluoxetine or fluoxetine alone for eight weeks. Depression was assessed at two week intervals using the Hamilton Depression Rating Scale (HDRS) and the Beck Depression Inventory (BDI). Depression scores of the group who took the vitamin D in addition to their antidepressant were significantly better than those just taking fluoxetine from the fourth week of treatment.

Vitamin D can be considered a neurosteroid, with vitamin D receptors being identified in areas involved with depression, such as the prefrontal cortex, hypothalamus, and substantia nigra. Vitamin D has been revealed to increase the expression of genes, encoding for tyrosine hydroxylase (precursor of dopamine and norepinephrine). Further, a major dopamine metabolite in the striatum and accumbens has been found in methamphetamine-treated animals administered vitamin D.

13 thoughts on “The Four Best Supplements for Depression”