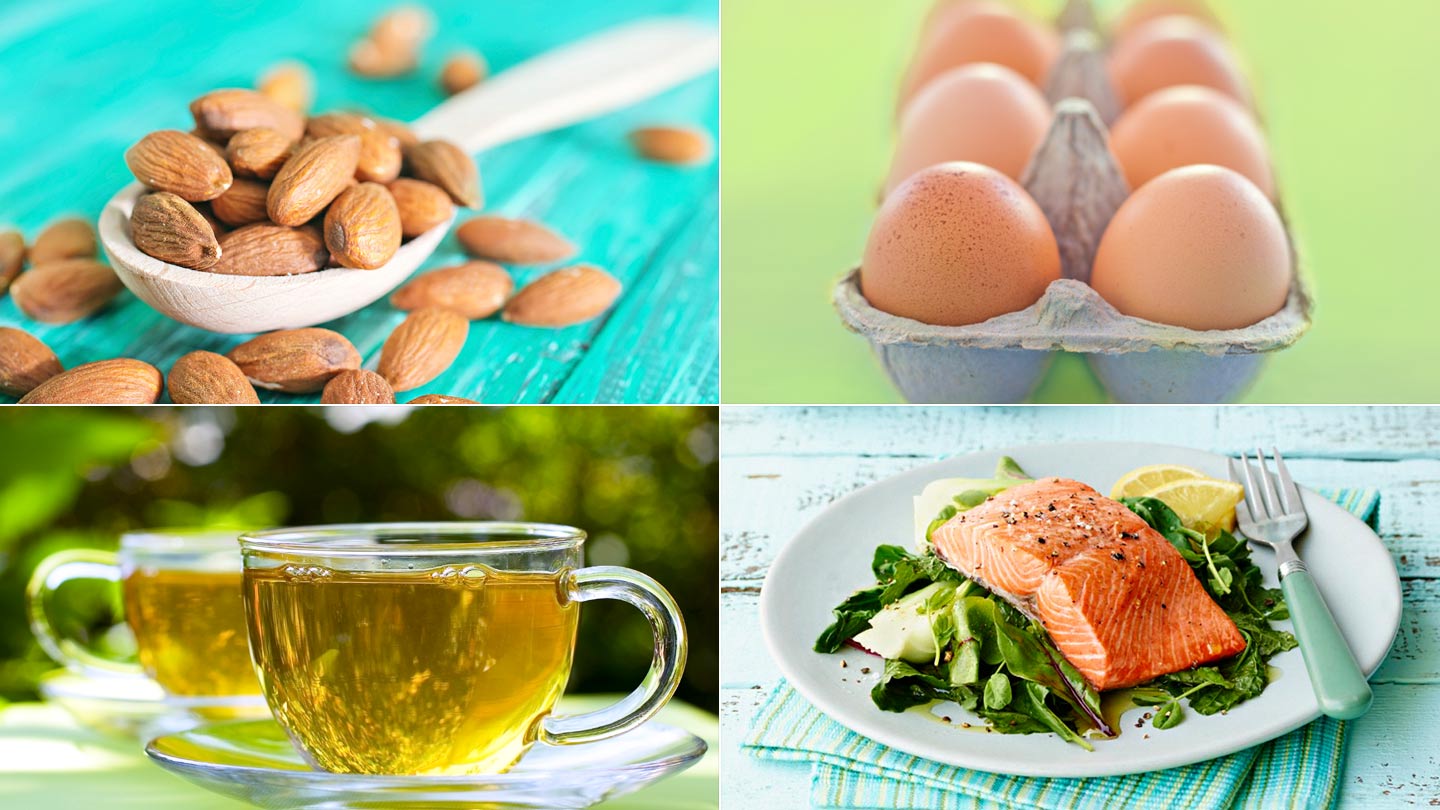 What we eat might not be able to cure us indefinitely from depression. I learned that hard lesson earlier this year. However, researchers are compiling strong evidence that what we eat can influence our risk for developing depression and can keep persons in remission from possibly relapsing. Eating better foods has certainly helped my mood and allowed me to get by on less medication. A 2014 review published in the American Journal of Clinical Nutrition examined the link between diet and depression risk and found that a diet consisting mainly of fruit, vegetables, fish, and whole grains was significantly associated with a reduced risk of depression. There are certain foods that are especially good for augmenting mood. Here are eight of them.

Oily, fatty fish like salmon, tuna, and sardines are great sources of omega-3 fatty acids, which enhance aspects of brain function, including mood, and can protect against depression. In a large Norwegian study of 22,000 people, participants who took cod liver oil were 30 percent less likely to have symptoms of depression than the participants who did not take omega-3 fatty acids. Our brains are mostly fat, so we need enough omega fatty acids for optimal growth, development, and function of brain tissue. When the brain doesn’t have enough omega fatty acids, the structure of brain cell membranes and nerve connections are inferior, which leads to cognitive and emotional disorders.

Nuts are loaded with important minerals that aid mental health such as selenium, copper, magnesium, manganese, and zinc. Walnuts are one of the richest plant-based sources of omega-3 fatty acids. They also help replace B vitamins, critical for mood. Brazil nuts have lots of magnesium, which helps calm the nerves, as well as zinc, an antidepressant element that combats anxiety. Almonds are very good sources of manganese and copper, two trace minerals that defuse free radicals produced within the mitochondria, the “powerhouse of the cell,” protecting us against disease and providing us with energy.

All dairy can be beneficial for depression because milk, cheese, etc. are rich in calcium, vitamin D, and specific peptides that promote relaxation. However, yogurt is especially beneficial because of its probiotics. In a 2013 study by UCLA researchers, participants who ate yogurt twice daily for a month showed lower levels of activity in the areas of the brain associated with pain and emotion and more increased activity in areas associated with decision making. I find the brain-gut connection fascinating. The 100 trillion bacteria housed in our gut, known collectively as our microbiome, can play an important role in our mental health. John F. Cryan, Ph.D. of University College Cork in Ireland, has conducted several studies that show that when the microbiome of mice is disrupted, they mimic human anxiety and depression. I drink Kefir every morning, which contains many probiotics, and I do think it has improved my mood.

“Greens are the primary found group that matches human nutritional needs most completely,” explains Victoria Boutenko in her book Green for Life. They are nutrition powerhouses, packed with vitamins A, C, E, K, and folate; minerals like iron and calcium; carotenoids; antioxidants; omega-3s; and phytochemicals. Greens provide insoluble fiber, which is like a miraculous sponge, helping us to eliminate pounds of toxins regularly. They balance our pH levels, leaving our body more alkaline, and are a major source of chlorophyll, which, according to Boutenko, “heals and cleanses all our organs, and even destroys many of our internal enemies, like pathogenic bacteria, fungi, cancer cells, and many others.” Dark leafy greens like kale, Swiss chard, and spinach also fight against all kinds of inflammation, and according to a new study published in JAMA Psychiatry, severe depression has been linked with brain inflammation.

Seeds are some of Mother Nature’s best mood boosters. For example, pumpkin seeds are chock-full of zinc (containing 23 percent of our daily recommended value in just one once), which promotes emotional resilience because zinc deficiencies have been shown to be a factor underlying depression. They are also rich in magnesium, the calming nutrient known as the original chill pill. Sunflower seeds are nutrient-dense foods, as well. They also contain lots of magnesium—a quarter cup provides 25 percent of the recommended daily value—and the specific kind of magnesium (magnesium sulfate) found in sunflower seeds has been known to have beneficial effects on patients with depression dating back 100 years. In his bestseller The End of Dieting, Joel Fuhrman, MD, includes seeds among his G-BOMBS (Greens, Beans, Onions, Mushrooms, Berries, Seeds)—the foods with the most powerful immune-boosting and anticancer effect.

Green tea has been used for centuries by the Chinese and Japanese to promote digestion, regulate blood sugar, and for relaxation and mood benefits. It contains an amino acid, theanine, that calms the nervous system. A study published in the November 2009 issue of American Journal of Clinical Nutrition showed that people who drink at least five cups or more of green tea daily experience less psychological distress. In another study published in 2011 of Phytotherapy, researchers reported the antidepressant effect of L-theanine in mice undergoing a forced swim test and tail suspension test. The antidepressant effect “may be mediated by the central neurotransmitter system,” says the abstract.

In her book Gut and Psychology Syndrome, Dr. Natasha Campbell-McBride, MD, writes, “Eggs are one of the most nourishing and easy-to-digest foods on this planet. Raw egg yolk has been compared with human breast milk because it can be absorbed almost 100 percent without needing digestion.” Eggs are loaded with essential amino acids, omega-3 fatty acids, vitamins (A, D, biotin), as well as minerals like zinc and magnesium that help anxiety. They are a great source of B vitamins, especially vitamin B-12, which promotes development of the nervous system. Eggs also contain choline, an amino acid that serves as a building block for a neurotransmitter called acethylcholin, which aids cognitive and learning processes. Because they are high in protein, they stabilize blood sugar, which is critical for good mood, and keep you satiated longer.

In a 2013 randomized, double-blind study published in the Journal of Psychopharmacology, researchers found that participants who consumed a dark chocolate drink mix for 30 days had “significantly increased self-rated calmness and contentedness relative to placebo.” In another 2009 study published in the Journal of Proteome Research, dark chocolate was found to reduce the stress hormone cortisol and help normalize stress-related differences in energy metabolism and gut microbial activities. Dark chocolate contains large amounts of tryptophan, an amino acid that works as a precursor to serotonin, and theobromine, another mood-elevating compound. It also has one of the highest concentrations in magnesium in a food, with one square providing 327 milligrams, or 82 percent of your daily value. The higher percentage of cocoa, the better. Aim for at least 70 percent.