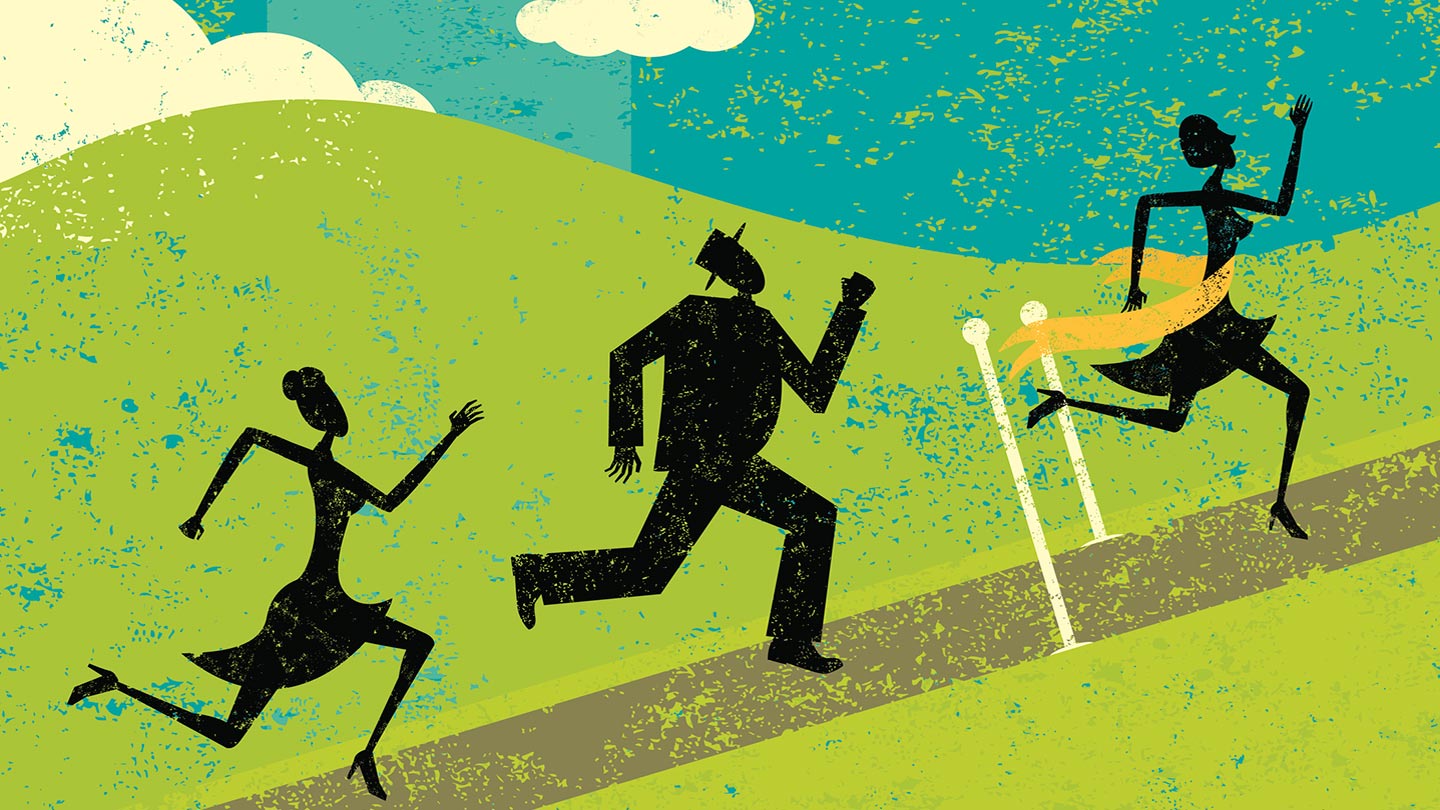 When she was just 13 years old, Jenn Cohen fell in love with the circus and was determined to make a career out of it, which was highly unusual at the time.

She explained in an inspiring TEDx talk that she worked incredibly hard to get to a point in her career where she “arrived,” performing in Europe, garnering accolades and attention — the place where she always aspired to be.

And yet she felt empty.

“I was under the illusion that once I was able to prove myself, that those feelings of self-doubt and low self-worth would disappear,” she said.

She did feel confident for a moment … but then crashed into a depression. The passion that had sustained her up to that point, that had helped her push through her childhood and dark areas in her life, was no longer enough to keep her going. I was very moved by her account of that moment when she realized her life force was going to have to come from something other than being the best, or from achieving a certain milestone in her career. She explained:

Once that moment [of confidence] passed, I realized it was at that moment that I had succeeded, and yet I still felt that I wasn’t good enough. I thought, when I’m at the top of my career, I will feel loved. I will be in front of audiences and that will fill me. I will feel good enough, I can take it in. I can receive. Once I am successful, I can feel good about myself.

That didn’t happen. And in fact, that is a lesson that, even though I learned it very acutely at that point in my life, I continue to have to relearn. And I forget and remember and forget and remember that success isn’t what brings me happiness. That feeling of self-worth has to come from a place inside.

In 2008, Cohen went on to found the Circus Project with the mission of empowering homeless and at-risk youth and young adults through the development of innovative and skilled circus productions. Pursuing a larger purpose and meaning in life was part of her recovery.

In his new book, If You’re So Smart, Why Aren’t You Happy? Raj Raghunathan, PhD, professor of marketing at the University of Texas McCombs School of Business in Austin, uncovers seven happiness traps (or “sins,” he calls them) that highly ambitious, smart, and successful people fall into, as well as seven happy habits that will help them — one turnaround for each trap.

The second trap he notes is the pursuit of superiority, which I think is a common and dangerous deception that many of us experience. We believe that if we’re the best at what we do, then we will be complete and our jiggly center will be replaced by a strong foundation; a strong, solid sense of self will fill in the holes of our insecurities and self-doubt if we can master our trade.

But, Raghunathan asserts, what often happens is that the greater our need for superiority, the lower our level of happiness. “This means that regardless of how wealthy, famous, powerful, or attractive you are compared with others, the more you strive for superiority, the less happy you will be,” he writes in the book. Conversely, he points out, research shows that the less attention you pay to how much better or worse you are than others, the happier you’re likely to be.

For a study published in 2014 in Psychology and Psychotherapy: Theory, Research and Practice, researchers at the University of California in Berkeley evaluated feelings of self-worth — inflated and deflated — as well as the motivation to pursue power in more than 600 young men and women. What they found was a link between those feelings and motivations and mental illnesses, including depression, bipolar disorder, anxiety, and narcissistic personality disorder. Sheri Johnson, PhD, a professor of psychology at UC Berkeley and a senior author of the study, wrote that “people prone to depression or anxiety reported feeling little sense of pride in their accomplishments and little sense of power.”

Other researchers have shown that depression can arrive on the heels of 15 minutes of fame. Take the case of Robert O’Donnell, the paramedic who, in 1987, saved young Jessica McClure, who had fallen into a well. He relished the praise and became so addicted to the attention that when it stopped, he became clinically depressed. Nearly eight years after the event, O’Donnell shot himself.

Cohen’s testimony in her TEDx talk is particularly poignant for me right now, because I’m in the process of making the painful shift she did awhile back: acknowledging that what I thought would fill me up (success in my career, being someone important) isn’t enough to keep me going. There were periods during this most recent depressive episode when I couldn’t work, which forced me to confront my addiction to productivity — and how much of my identity and self-worth is based on my career.

I’m trying to get comfortable with the idea that I am a human BEING not DOING, and that being a child of God is enough. With therapy and lots of soul searching, I am digging inside for the strength that lies at my core — naked, unassociated with any accolade or achievement.

Richard Rohr, a Franciscan priest and founder of the Center for Action and Contemplation, calls this “falling upward”: the moment you’re hit with some kind of failure or illness, embarrassment, or pain that makes you reevaluate your priorities and life philosophies. You transition from the first half of life —  which is all about building your identity and setting goals and finding answers — to the second half of life: embracing your darker sides, getting comfortable with ambiguity, pursuing a simplicity where there is meaning in the mundane. We return, in other words, to the person we already are, but whom we don’t know.

Do You Have Too Many Cows?

Vietnamese Buddhist monk Thich Nhat Hanh tells a wonderful Zen story that I believe captures why ambition breeds depression. In his book You Are Here, he writes:

One day the Buddha was sitting in the wood with 30 or 40 monks. They had an excellent lunch and they were enjoying the company of each other. There was a farmer passing by, and the farmer was very unhappy. He asked the Buddha and the monks whether they had seen his cows passing by. The Buddha said they had not seen any cows passing by.

The farmer said, “Monks, I’m so unhappy. I have twelve cows and I don’t know why they all ran away. I have also a few acres of a sesame seed plantation, and the insects have eaten up everything. I suffer so much I think I am going to kill myself.

The Buddha said, “My friend, we have not seen any cows passing by here. You might like to look for them in the other direction.”

So the farmer thanked him and ran away, and the Buddha turned to his monks and said, “My dear friends, you are the happiest people in the world. You don’t have any cows to lose. If you have too many cows to take care of, you will be very busy.

“That is why, in order to be happy, you have to learn the art of cow releasing. You release the cows one by one. In the beginning, you thought that those cows were essential to your happiness, and you tried to get more and more cows. But now you realize that cows are not really conditions for your happiness; they constitute an obstacle for your happiness. That is why you are determined to release your cows.

I am trying to release my cows.

4 thoughts on “When Ambition Breeds Depression”