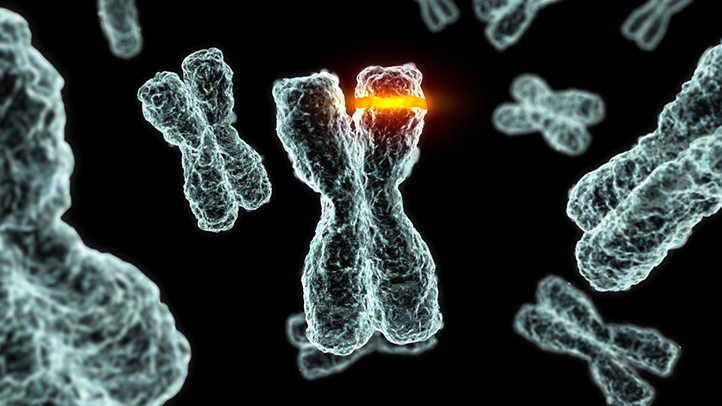 Research has linked folate deficiencies to depression. According to a study published in the Journal of Psychiatry & Neuroscience, one-third of depression patients were deficient. Folate, also known as vitamin B9, is available in foods like dark green leafy vegetables, oranges, nuts, beans, and whole grains. The vitamin is critical in breaking down the food we eat and converting it into energy. Our bodies need it to make DNA and RNA as well as amino acids, which help maintain all of our living cells. This B vitamin is especially significant for stabilizing our mood.

Why are so many of us deficient?

Up to 40 percent of the general population can’t convert folate to its active form, methylfolate, because we have a gene mutation in our methylenetetrahydrofolate reductase (MTHFR) enzyme. As such, this makes it difficult for certain antidepressants to work. In fact, in his book The UltraMind Solution, Mark Hyman, MD, claims that people with a low folate level only have a 7 percent response to treatment with antidepressants.

RELATED: 10 Nutritional Deficiencies That May Cause Depression

The blood test to determine whether or not you have an MTHFR mutation is fairly simple. I just found out that I am part of the club, which may be why my response to antidepressants hasn’t been all that dramatic. Supplementing with L-methyfolate, a bioavailable form of folate that plays a role in neurotransmitter synthesis, can improve a person’s response to antidepressant medications. In fact, several studies have documented the enhanced efficacy of selective serotonin reuptake inhibitors (SSRIs) and serotonin-norepinephrine reuptake inhibitors (SNRIs) when taken with L-methyfolate. Some 40 percent of patients experienced major improvement when augmenting with L-methyfolate. Of course, even if you’re not on antidepressants, getting a boost of the bioavailable kind of folic acid that your body needs to keep you sane just might make you feel better.

Supplementing may require a bit of homework, though. On the site MTHFR.net, run by naturopathic physician Ben Lynch, ND, I learned the difference between L-methylfolate, methylfolate, 5-MTHFR, and L-5-MTHFR. Basically, you want to make sure you have the form of methylfolate that is biologically active: L forms, 6(S) forms, L-5 forms, Metafolin, L-methylfolate Calcium, Levomefolic Acid, and Quatrefolic. You want to avoid D forms and 6(R) forms. Some psychiatrists have started to supplement with a prescription drug called Deplin. It contains 99 percent active L-methylfolate as Metafolin and can be very effective, as I have heard great things from folks who have tried it.

If you are not responding to antidepressants, it may be worth asking your psychiatrist about supplementing with L-methylfolate. Traci Stein, PhD, MPH, has written a great summary on this topic in her Psychology Today blog A Genetic Mutation That Can Affect Mental & Physical Health with more references to investigate. Also check out the many resources Dr. Lynch lists on his website.