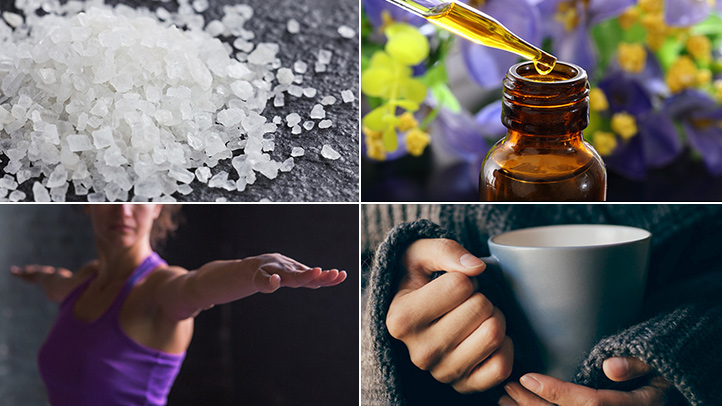 Two and half years ago, I experienced a terrible case of insomnia. I took the sleeping drug Lunesta, which afforded me a few wonderful nights’ sleep, until I realized it substantially increased my anxiety during the day. Within a week on the drug, I became addicted, experiencing more and more withdrawal (anxiety) symptoms. Other sleep aids had the same effect, even over-the counter-medications like Benadryl. So I was forced to figure out how to get my sleep back on track naturally.

I asked anyone I knew who had ever suffered from sleep problems for tips on catching some zzzs, and spent lots of time researching ways to get some shut-eye without taking drugs. Although it felt like I was the only one awake at night, I certainly wasn’t alone. According to the Center for Disease Control, more than one-quarter of the U.S. population occasionally does not get enough sleep, while nearly 10 percent experience chronic insomnia. Sleep problems are associated with a number of chronic illnesses, and, according to the CDC, are a real threat to our nation’s health.

The last month I have been battling the beast of insomnia again–it is common when you taper off of any medication–so I’m back to compiling techniques I’ve learned from other folks lying awake at night. Here are some natural remedies that have allowed them to get a better night’s sleep.