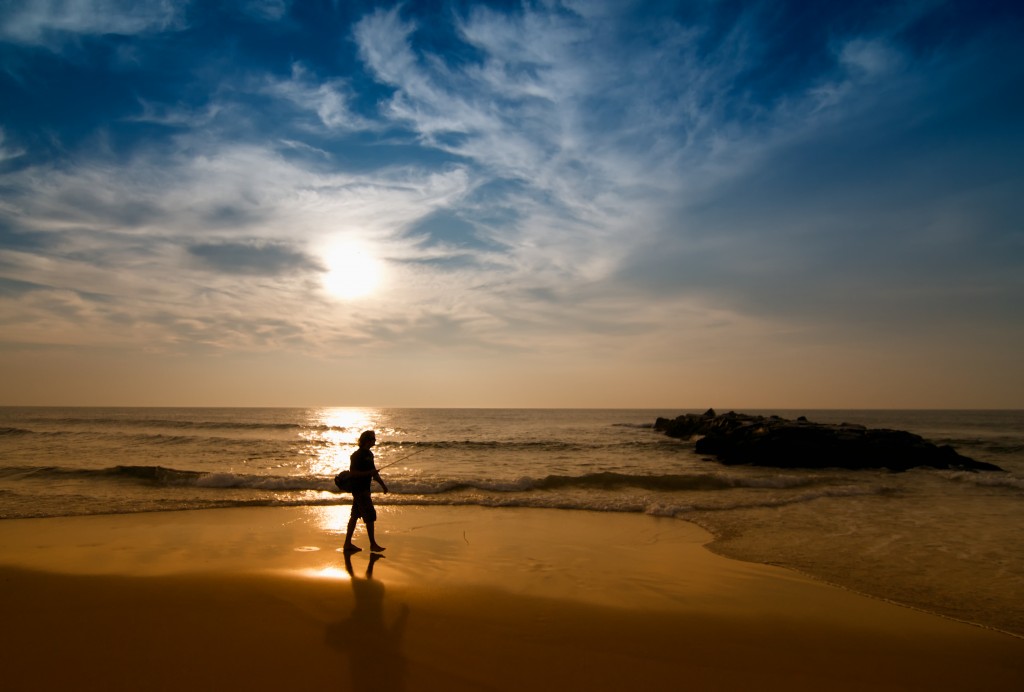 Every once in a while I pull out my one-year sobriety chip, which reads on the front, “To Thine Own Self Be True.” I have been sober for over 26 years now, but it was my one-year chip that meant the most to me, because during that first year I realized how difficult it is to be true to yourself.

Everyone thought I was crazy for calling myself an “alcoholic” and going to 12-step support meetings. I mean, at 18 years old, I wasn’t even legal to drink. My mom and dad certainly didn’t understand, and consulted with a clinical psychologist that confirmed that I was not an alcoholic. My sisters made fun of my decision. Even my friends thought I had gone over the deep end.

However, in the still part of my heart, I knew that alcohol was leading me to a dark place. Once I started to drink, I rarely could stop and almost always blacked out. I tried to give it up for Lent three years in a row, and was simply unable to on my own. So after the last Lent—and the final scary blackout—I cried uncle and started going to meetings.

I return to that courage I had at 18 every time I’m about to make a difficult decision. Giving up booze during my senior year of high school is the second most difficult thing I’ve ever done in my life—as well as staying sober during my freshman year of college, when most of the bonding experiences among incoming students revolved around drinking. (The most difficult thing was staying alive in the midst of a two-year suicidal depression.)

I’m in the process of making another difficult decision now, one in which no one but my husband and my spiritual mentor fully understands. Like my insecure, 18-year-old self, I’m trying to tune out all the opinions and static around me so that I have the courage to listen to the small, still voice inside of me that knows what’s right for me.

Know Yourself and It Gets Easier

Recovery from depression involves navigating through a maddening maze. There’s the decision of which kinds of medication to take, or whether to wean from meds completely. You might research which supplements to take, which foods to eat, and wonder whether or not you should do a mindfulness course over more sessions of psychotherapy. But all of this is pretty insignificant stuff in comparison to the excruciating job of getting to know yourself, and accepting yourself for who you are: honoring your limitations and weaknesses, and trying to pedal forward to a place where you’re not ashamed of them.

I have always been (and probably will always be) a person who has a very low tolerance for stress. My body and mind are extremely fragile. I realize I sound like I’m surrendering to an attitude of “learned helplessness” here, but I have been that way ever since I emerged from my mother’s womb. As a baby, when you added a little stress to my environment, I couldn’t poop. That still happens, but I also get frigid hands and feet, stuck thoughts, inflamed intestines, and an irregular heartbeat. When I consider all of my present conditions (mood disorder, gastrointestinal disorder, thyroid disorder, heart disorder, and autoimmune disorder), I think I have first and foremost a stress disorder.

Accepting this weakness is terribly frustrating, especially when I want to accomplish good things, worthy things, things that will help lots of people. Even as I’m working at becoming more resilient—I’m working at it harder than just about anyone I know—I realize that you have to acknowledge your baseline (in my case, a constipated baby).

I have spent the last three months wishing I were someone other than myself, comparing myself to other bloggers who make running a nonprofit looks as easy as setting up a lemonade stand outside your house, people like Glennon Doyle Melton and Katherine Stone who succeed at raising hundreds of thousands of dollars each year, and managing a team of volunteers without breaking into tears at night—at least I haven’t read those blogs yet. But that doesn’t do me any good. Because I am not Glennon or Katherine. I am simply a writer without tons of technical or fundraising or managerial skills or money or time, a highly-sensitive person who is easily frazzled and can become quickly debilitated if too much cortisol enters her system. For some reason, God created me that way—so that’s the package I have to go with. And the sooner I accept these weaknesses as part of the fabric of who I am, I am free to operate as me, not Glennon or Katherine.

In her writings about vulnerability, bestselling author Brene Brown often explains that you don’t have to open yourself to everyone. Vulnerability isn’t about giving yourself away without boundaries. You can save yourself for the people who have earned the right to hear your story. “If we share our shame story with the wrong person, they can easily become one more piece of flying debris in an already dangerous storm,” she writes in The Gifts of Imperfection.

When I first quit drinking, I tried to tell my story to everyone, but people didn’t want to hear it. They wanted a companion to drink with, not some prude blocking their view to the hottie across the room, so they said things like, “Oh, that was high school. I’m sure you could have a beer now.” Or “Your parents were going through a divorce. That was the problem. You clearly aren’t an alcoholic.” I became so frustrated that I decided to keep my story to myself. For a good six months, I told everyone I met who inquired why I wasn’t downing cheap beer like everyone else that I was on a medication that didn’t mix with alcohol. I followed Brown’s advice until I found the few people who were worthy of my story.

It’s always been very difficult for me not to open up to people and tell them my absolute truth. I’m a mental health blogger, after all. But I’m learning that sometimes the best way to honor myself and be true to myself is to put the wall up until someone has earned the right to hear the truth. Currently when I hear opinions about what I am doing wrong or why I didn’t succeed, I imagine these “experts” as the college kids who were trying to get me to drink. I nod politely, trying my best not to engage. I need to save my energy for people who have earned the right to hear my story, to know the very complicated truth about me and what I’m made of.

There are some decisions we make in life that very few people will understand. It’s less painful, I think, if you acknowledge from the start that there probably won’t be any support– that you’ll be lucky to get one person to back you. In high school, my one person was my religion teacher. She was the only one who believed my story and encouraged me to keep going to meetings. But she was enough.

I was fearful the first year of sobriety. Moving off to college is stressful enough, but I was trying to follow the directions of the still, small voice in me that I wasn’t sure I could trust. There was so much static on the outside yelling, “Be like everyone else! Fit in! Loosen up and have a beer, for God’s sake!”

I’m fearful now, too. I’m swimming against a culture that says anything is possible if you put your mind to it, and if you follow your dreams, everything will work out. I’m immersed in a Law-of-Attraction kind of crowd where there is immense shame when a person can’t create the reality she wants with her thoughts. Folks are extremely uncomfortable when I bring up words like “illness” and “limitations.”

But fear is not such a bad thing. Buddhist Pema Chodron writes her bestseller When Things Fall Apart, “The next time you encounter fear, consider yourself lucky. This is where the courage comes in. Usually we think that brave people have no fear. The truth is that they are intimate with fear.”

Looking back, I was very brave at 18, when I first began to be true to myself.

And I am brave now.

11 thoughts on “How To Be True To Yourself”