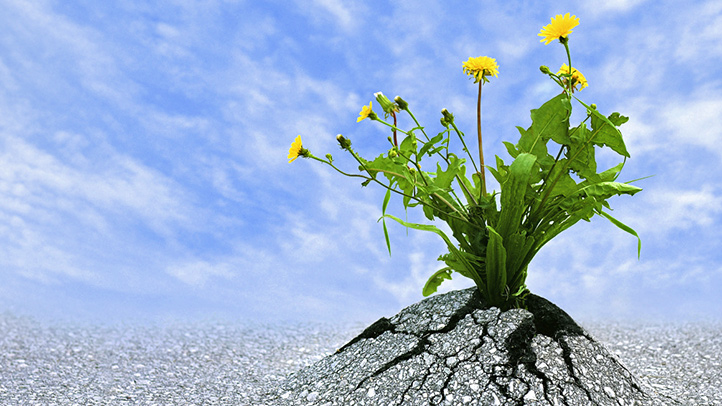 I no longer chase happiness.

I believe, much like renowned psychiatrist and Holocaust survivor Viktor Frankl, that you can’t PURSUE happiness. It ensues when you live a meaningful life.

What you CAN chase after is resilience.

And I have been pursuing that bad boy with everything I have for the last ten years.

My self-help book shelf in the living room and in my bedroom (bad Feng shui, I know) and in my son’s bedroom (where I work) is lined with books that contain the word RESILIENCE in the subtitle, by authors promising to make me more resilient in five steps or eight or sometimes twelve.

I recently read Stronger: Develop the Resilience You Need to Succeed. The authors distill the secrets of the Navy SEALS and other who excel under pressure. They have honed through more than four decades of research and experimental refinement to come up with these five factors that establish personal resilience: 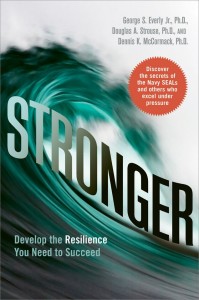 Active Optimism. Optimism is more than a belief, it’s a mandate for change. It’s the inclination to move forward when others are retreating.

Decisive Action. You must acquire the courage to make difficult decisions.

Moral Compass. Use honor, integrity, fidelity, and ethical behavior to guide your decisions under challenging circumstances.

Relentless Tenacity and Determination. Persistence can be omnipotent.

Interpersonal Support. Who has your back?

Their science is fascinating and I think they are right about much of developing this “psychological body armor,” as they call it. However, the two pages I resonated with most in the book were not about getting stronger or about any one of the five factors. They were about failure.

I suppose it’s because I’ve only recently become really okay with my failures—not living up to the expectations I set for myself, running into my weaknesses over and over again like an old boyfriend, accepting the limitations of living with a chronic illness.

I walk around the beautiful grounds of the Naval Academy most mornings and see the young midshipmen doing stomach crunches and push-ups and getting yelled at by some guy with one more stripe on his jacket. Some of them will go on to become the Navy SEALS that personify our concept of resilience, the guys that hold the secrets to real STRENGTH that I’m reading about in this book.

But I resonate more with the peeps on the sidelines: the guy who gets fired after 40 years of service to a company, the woman who can’t afford the treatment for her cancer, the teenager who has to drop out of high school to get her emotions under control.

I connect with them because I have failed more often in my 44 years on earth than I have succeeded.

And all those failures have instilled in me resilience.

To illustrate how failure builds resilience, the authors discuss the analogy of strength training. We tend to assign the power of getting stronger to the weights that a person lifts. But the dumbbells or barbells actually damage your muscles. “The stress of lifting creates tears in microscopic muscle fibers,” the authors explain. “The body then uses internal nutrients, especially protein and anabolic hormones, to repair this damage…. It’s not the weight per se that causes the muscles to grow but the internal physiological attributes and nutritional resources interacting with the catalyst of weight lifting.”

In that sense, you actually leave the gym a weaker person, but you wake up stronger.

A new MRI study by University of Southern California and a group of international researchers published in the journal Nature Communications illustrated this very point.

“We show that, in certain circumstances, when we get enough information to contextualize the choices, then our brain essentially reaches towards the reinforcement mechanism, instead of turning toward avoidance,” said Giorgio Coricelli, a USC Dornsife associate professor of economics and psychology.

For the study, researchers engaged 28 subjects, each around 26 years old, in a series of questions that challenged them to maximize their gains by providing the right answers. If they chose a wrong answer, they lost money, while right answers helped them earn money.

One trial prompted their brains to respond to getting the wrong answer with avoidance learning. A second trial prompted a reward-based learning reaction, and a third but separate trial tested whether participants had learned from their mistakes, allowing them to review and understand what they got wrong.

In that third round, the participants responded positively, activating areas in their brains that some scientists call the “reward circuit” – or the “ventral striatum.” This experience mimicked the brain’s reward-based learning response – as opposed to an avoidance-learning response, an experience that involves different parts of the brain that together comprise the “anterior insula.”

Coricelli said this process is similar to what the brain experiences when feeling regret: “With regret, for instance, if you have done something wrong, then you might change your behavior in the future,“ he said.

Of course in the study the information needs to be there to learn from failure—which requires humility and open-mindedness, the qualities that you typically develop when you reach the threshold of pain, when you are sick and tired of being sick and tired.

Of the five factors, the authors say that optimism is the most important. I disagree not just because I tend to be a half-empty person, but because I think it’s tenacity more than optimism that determines who learns from their failures or benefits from weaknesses, and who crumbles under disappointment. Persistence is made of stuff like Michael Jordan’s hit Nike commercial that the authors quote:

I’ve missed more than 9000 shots in my career. I’ve lost almost 300 games. 26 times, I’ve been trusted to take the game winning shot and missed. I’ve failed over and over and over again in my life. And that is why I succeed.

Jordan is right. Failure is the most direct path to resilience.

Our weakness, in fact, makes us strong.

4 thoughts on “Resilience and the Gift of Failure”