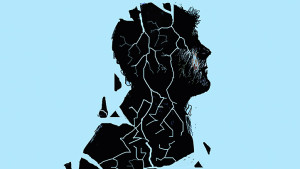 Fans surprised Supernatural star Jared Padalecki at Comic-Con on Sunday, July 12, by lighting candles in the audience—7,000 of them–as a thank you for opening up about his struggles with depression and as a tribute to his Always Keep Fighting campaign that supports people struggling with depression, self-injury, addiction, or suicidal thoughts.

In the third season of Supernatural, Padalecki broke down in his trailer after shooting an episode. A doctor diagnosed him as clinically depressed at that time. He was 25-year-old.

According to a June 2015 report from the U.S. Centers for Disease Control and Prevention, close to one in 10 American men suffers from depression or anxiety, but fewer than half get treatment. The poll of more than 21,000 men also found that among younger males, blacks and Hispanics are less likely than whites to report mental health symptoms.

More than 39 percent of the men under 45 years of age said they had either taken medication or visited a mental health professional for daily anxiety or depression during the prior year. This put these younger men roughly on a par with the estimated 42 percent of “older men” (those 45 and up) who said they had done the same.

In a paper published last year in Qualitative Health Research, a team of Australian professors explored the problem of stigma as being a barrier to men seeking help for mental health. They analyzed portrayals of men’s communication about depression in news articles over a five-period time. They found that by presenting media clips in which men were open about depression, and therefore experienced positive outcomes in their recovery, they could challenge the stigma associated with male depression. According to the abstract:

We suggest that portraying depression as something that impacts a plurality of men is one way that media messages might dispel stigma. We drew recommendations from the findings about the language that could be used by media, mental health campaigns, and health service providers to mitigate the impact of stigma on men’s mental health help seeking.

This is exactly what Padalecki has done in his open confession. In a powerful media clip, he has broken down the walls of stigma that are especially thick for men, and joins other celebrity spokespersons such as actor Jon Hamm, Art Buchwald, Stephen Colbert, astronaut Buzz Aldrin, performer Adom Ant, Hall of Fame quarterback Terry Bradshaw, Dick Clark, and Mike Wallace.

“I think it’s less socially acceptable for men to be depressed or anxious,” says Thomas, a college professor who has experienced depression and anxiety.  “It can be, and has been, written off to women’s hormones or body chemistry in ways that it tends not to be for males, who (it turns out) also have hormones and body chemistry.  I think male depression is seen as bearing too much stress from the outside, whereas female depression tends to be seen as something internal–if not self-generated, at least self-originating.

“If it’s true that depression is perceived as a woman’s illness, and I’m inclined to think it is,” Thomas told me, “it adds a layer to this that is at least an implicit attack on one’s masculinity.  And if that’s not an onramp to a vicious cycle, I’m not sure what is.”

In an interview in the Johns Hopkins’ Depression and Anxiety Bulletin, Peter V. Rabins, M.D., M.P.H., Professor of Psychiatry at Johns Hopkins School of Medicine, explains some of the differences between male and female depression:

Men–more commonly than women–are likely to feel angry, irritable, and frustrated rather than sad when depressed.

Instead of withdrawing from the world, men may act recklessly or develop a compulsive interest in word or a new hobby. Instead of crying, men may engage in violent behavior.

Men also are more likely to abuse drugs and alcohol when in the midst of a depression, perhaps to find relief from the pain of depressive feelings.

Changes in sleep habits, such as insomnia or feelings of exhaustion, and appetite changes are often recognized as signs of depression in both men and women, but it’s less well known that headaches; joint, back, or muscle pain; dizziness; chest pain; and digestive problems also may be symptoms. Men report these physical symptoms more often than women, although they are often unaware the symptoms are linked to depression.

I asked my friend Ted who struggles with depression if that’s true, if he gets more mad than sad.

“I rarely feel anger when I’m going through a depressed phase,” he told me. “I often don’t feel much at all (which is particularly awful). Tears come and go with no perceptible trigger – a real bonus when I’m in public. I find it difficult to open up about this in general, but others open up to me, and that, in turn, helps me bring my issues up for discussion.”

This made me think that while men can experience depression differently, we need to be careful of throwing all mood disorders into two big boxes: male and female. I know plenty of women who respond with rage, not tears, and many men who would be smart to buy stock in Kleenex.

I agree with the Australian professors. The more men, and especially celebrity men, discussing symptoms in juicy tweets and YouTube bites, the better chances we have of increasing the statistic of men who seek treatment for depression.

I, for a long time, have been passionate about people dealing with mental illness and struggling with depression, or addiction, or having suicidal thoughts and, strangely enough, it’s almost like the life I live, as well. These characters that we play on Supernatural, Sam and Dean, are always dealing with something greater than themselves, and I’ve sort of learned from the two of them that they get through it with each other, and with help and with support.

“There’s no shame in having to fight every day,” he said. “If you’re still alive to hear these words or read this interview, then you are winning your war. You’re here.”

Join the “Men’s Group” on ProjectBeyondBlue.com, the new depression community.

3 thoughts on “Depression and Men: Why It’s Hard to Ask for Help”