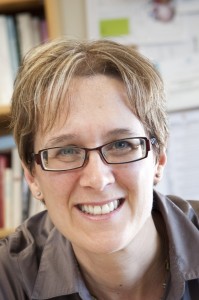 If you’ve been reading my blog for a month or more, you know that I have found nutrition to be a powerful force in my recovery from depression. Since 2008, I haven’t responded to medications or have had only a minimal, partial response, so I have been on a mission–for myself and for the millions of other people with treatment-resistant depression–to find other, non-pharmaceutical ways to lift debilitating depression.

Recently I have been following the research of Julia J. Rucklidge, Ph.D., Professor of Clinical Psychology at the University of Canterbury in Christchurch, New Zealand, who conducts compelling studies using micronutrients—vitamins and minerals in small quantities—to treat depression and other serious mood disorders. You can check out her research as part of the work conducted by the Mental Health and Nutrition Research Group, and she writes a blog with Bonnie J. Kaplan for Mad in America. She recently delivered a fascinating TEDx talk about the role of nutrition in treating mental illness. I interview her here so that she can share her research with you.

Therese Borchard: Your research is fascinating. I couldn’t stop reading. If you had to pick two breakthrough studies that you would like everyone who has ever been depressed or has been a loved one of someone depressed, which studies would you choose?

Julia Rucklidge: The study by Felice Jacka and others published in the American Journal of Psychiatry in 2010 had a tremendous impact when it was published. The study demonstrated an association between habitual diet quality and the high prevalence of mental disorders. I conducted a study in 2012 showing a simple intervention of micronutrients following a natural disaster reduced stress and anxiety and improved mood over just a four week period. The ADHD randomized clinical trial showed that for those who entered the trial depressed, twice as many went into remission in their depression for those taking the micronutrients compared with those taking placebo.

TB: You said something in your TED talk that intrigued me. You said medications work better initially than they do over time, that drugs save lives, but they often fail to work on a long-term basis. Can you say more about that, and point us to the studies that you mentioned as part of your talk?

JR: We all know of people who have benefited from medications and who would swear that the medication saved them. These reports are really important and there are people who benefit in the long-term. I am sure every psychiatrist has patients like that. But if we look at the data and the published literature, the situation is more uncomfortable.

Stimulants. Most people know that Ritalin is a drug prescribed to treat ADHD. It is typically viewed as the most efficacious drug in child psychiatry because it works quickly. Parents and teachers alike often report a dramatic change in a child who begins taking it. It has been used to treat hyperactivity for almost 80 years but surprisingly, only in the last decade are we learning about the long-term outcomes of people treated with it.

In the United States, there is large clinical trial that has followed 579 ADHD children who were initially randomized for 14 months to receiving various treatments, including medications and psychological treatments. In the first 14 months, those on medications did the best and this reinforced the perception that medications should be the primary way to treat ADHD. But at the end of 36 months, medication use was a significant marker not of beneficial outcome, but of deterioration. That is, participants using medication in the 24-to-36 month period following randomization actually showed increased ADHD symptoms during that interval relative to those not taking medication. Medicated children were also slightly smaller and had higher delinquency scores. At the end of six years, medication use was “associated with worse hyperactivity-impulsivity and oppositional defiant disorder symptoms,” and with greater “overall functional impairment.”

Similarly, in Canada, the Quebec Naturalistic Study found that medicated ADHD girls are more likely to be depressed compared with those not medicated, and boys who are medicated are more likely to drop out of school than those unmedicated. In other words, both of these studies show that while kids do well in the short-term on these medications, in the long-term they do worse.

Antidepressants. In 2012, about half a million New Zealanders were taking an antidepressant, a rate 38 percent higher than five years previously. But despite this increasing reliance on these drugs, outcomes for depressed people can be worse than they were before the advent of antidepressants. In 2014, a paper in the Australian and New Zealand Journal of Psychiatry compared the outcomes of people who were depressed prior to the advent of antidepressants with the outcomes of people who were depressed since the wide spread use of antidepressants. If the drugs are working, then the recovery rates and relapse rates should be better now than 50 years ago. They aren’t. This review provided no support for the belief that pharmacological treatments have resulted in an improvement in the long-term outcome of patients with mood disorders.

Other research shows that in some cases, antidepressants have altered the course of disease in negative ways. For example, young people prescribed antidepressants are more likely to convert to bipolar illness than those not medicated. A study in 2004 in the Archives of Pediatrics and Adolescent Medicine showed that those people with anxiety and depression who were treated with antidepressants converted to bipolar illness at a rate of 7.7 percent per year, three times the rate for those not exposed to the drugs, with pre-pubertal children at highest risk for conversion. These means antidepressants are a risk factor for developing another psychiatric illness, bipolar disorder.

Antipsychotics. Similar to prescription trends around the world, prescription rates for antipsychotics more than doubled in this country from 2006 to 2011. But are these medications helping patients in the long-term? Aside from the serious side effects such as weight gain and increased risk for diabetes, a study that came out last year in JAMA Psychiatry should make us seriously consider whether long-term use of these drugs is doing more harm than good. The study was a seven year follow up of a randomized controlled trial and demonstrated that those people with schizophrenia who were randomized to dose reduction or discontinuation of drugs were twice as likely to recover as those who remained at their original dose of medications. Again, we see that medications are increasing relapse rates in the long-term.

TB: You presented at the last American Psychiatric Association conference about using micronutrient to treat depression and said the reception among psychiatrists was better than previous years. Do you think that the more data we have to support the use of micronutrients, the more doctors will introduce this concept? Or will the information not get through because the profit margins aren’t the same as with pharmaceutical medication?

JR: I think there are a lot of challenges to this work becoming mainstream and for physicians to start suggesting it in their mainstream practices. There will be concerns about it not being evidence-based or that they may be liable if something goes wrong, There is also the challenge of which formula to recommend? Which blend of nutrients? However, given that there are quite a few people writing about psychiatry under the influence of drug companies, maybe there will be a change in behavior. Perhaps if there could be independent reviews of whether what we currently do is working people might pay attention to the fact that we have a seriously comprised system for treating people with mental health issues.

TB: What else would you like people to know about treatment depression and other mood disorders with micronutrients?

JR: I think it is worth giving it a go first to seriously change diet and if necessary, try a broad spectrum micronutrient supplement, and if that approach doesn’t work, then there is always medication to fall back on.

7 thoughts on “The Surprising Role of Nutrition in Mental Health: An Interview with Julia Rucklidge, Ph.D.”