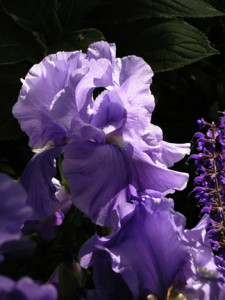 For nearly 6,000 years essential oils have been used for therapeutic purposes. A number of ancient civilizations including the Chinese, Indians, Egyptians, Greeks, and Romans used them for cosmetics and perfumes as well as for rituals and spiritual reasons. Oils are documented by the Greek physician and botanist Pedanius Dioscorides in the first century in his five-volume encyclopedia about herbal medicine, De Materia Medica.

Fast forward to the early 1900s, when French chemist Rene-Maurice Gattefosse burned his hand and treated it with lavender oil. He then started to analyze the chemical properties of essential oils and how they could be used to treat various conditions. It is commonly understood that Gattefosse founded the science of aromatherapy in 1928. Shortly after, massage therapists, beauticians, nurses, physiotherapists, doctors, and other health care professionals started to use aromatherapy.

Aromatherapy uses the essential oils and other aromatic compounds of plants for the purposes of healing. The plant materials and oils can be massaged into the skin or inhaled. Each essential oil contains concentrated extracts taken from the roots, leaves, or blossoms of plants and therefore has its own mix of active ingredients, determining unique healing faculties.

According to the University of Maryland Medical Center, researchers aren’t completely sure how aromatherapy works. Some experts believe our sense of smell plays a role. A Complementary and Alternative Medicine Guide explained:

The “smell” receptors in your nose communicate with parts of your brain (the amygdala and hippocampus) that serve as storehouses for emotions and memories. When you breathe in essential oil molecules, some researchers believe they stimulate these parts of your brain and influence physical, emotional, and mental health. For example, scientists believe lavender stimulates the activity of brain cells in the amygdala similar to the way some sedative medications work. Other researchers think that molecules from essential oils may interact in the blood with hormones or enzymes.

A 1995 study in the journal Neuroimmunomodulation found that citrus fragrance, through stimulation of the olfactory system, could reduce the doses of antidepressants necessary for treatment of depression. The abstract explained: “The treatment with citrus fragrance normalized neuroendocrine hormone levels and immune function and was rather more effective than antidepressants.” In 2002, another study published in the American Journal of Hospice and Palliative Medicine measured the responses of 17 cancer hospice patients to humidified essential lavender oil aromatherapy. Results reflected a positive change in blood pressure and pulse, pain, anxiety, depression, and sense of well-being.

I was hesitant to explore essential oils to treat depression because they are expensive (although considerably cheaper than a trip to a psychotherapist or psychiatrist) and because early in my recovery, I went down a rabbit hole of new-age techniques to try to cure my depression that delivered me straight to the psych ward. But positive experiences with aromatherapy kept surfacing on my depression community, ProjectBeyondBlue.com, such as:

“Lavender has helped me with chronic migraines for over 15 years.”

“I use my Eucalyptus spray all the time. I’m not joking, this stuff actually lifts my mood!”

“I’ve found that putting a drop or two of lavender essential oil on the inside of my shirt collar helps me with being more calm.”

“I used some essential oils for restless leg syndrome and it worked. I even was able to rid myself of the awful med I was. I also use an oil for bladder infections and it works well.”

So I tried to open my mind a little—something I’ve been forced to do in the last year! For the last five nights I have rubbed lavender oil into my temples a half-hour or so before I go to bed. The result? I have slept very well. It made me think more about my sense of smell, and how it can work for me or against me in my quest for sanity. I have an extra-sensitive sniffer (of course, because everything about me is highly sensitive). Whenever I am hit by a waft of pungent perfume—like when my daughter drags me into Bath and Bodyworks at the mall–my mood dips. I seriously respond with anxiety. But when I run a certain trail that is filled with wild flowers, among them lavender, my mood lifts.

7 thoughts on “Using Aromatherapy and Essential Oils to Treat Depression”