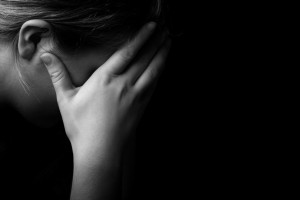 I was excited to be included in this important Wall Street Journal story about bipolar disorder from skilled reporter Melinda Beck. Thanks, too, to all the members of Project Beyond Blue who contributed to the story and to my doctor, Milena Hruby Smith.

Distinguishing between regular depression and bipolar disorder is one of the toughest calls psychiatrists face. The symptoms are often similar, but medications that ease depression can make bipolar patients worse by triggering manic episodes.

The dilemma is fueling new research efforts to understand how the two conditions differ and how to predict which patients will respond to which drugs. Scientists at the Mayo Clinic, which treats some 3,000 patients a year with bipolar disorder, are collecting DNA samples, blood tests, brain scans and clinical information in hopes of identifying genetic risk factors, or biomarkers, that can lead to earlier diagnoses and individualized treatments. Researchers at the University of Pittsburgh Medical Center and elsewhere are using neuro-imaging studies to understand how depression differs in the brains of patients with and without bipolar disorder.

Depression in bipolar disorder can look very much like regular depression, known as unipolar depression. Patients might feel hopeless, sluggish, irritable and have thoughts of suicide. The manic side of bipolar disorder includes periods of frenzied energy; racing, irrational thoughts and sometimes dangerous behavior. These might not appear for years, or patients might not recognize the symptoms, leading to delayed diagnoses.