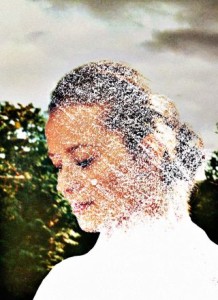 Two summers ago, our family grabbed a bite to eat in downtown Annapolis and headed over to the Naval Academy for a parade—celebrating of the end of Plebe Summer, six weeks of rigorous physical and mental training for new midshipmen. It was late August, and I was horribly depressed, trying out medication combination #45 or something like that (in the last ten years). My inner dialogue sounded like this:

Does everyone want to be dead?

Where do these people get the energy to function?

I wonder if the young plebes would be excited if they had a way of dying.

Don’t all of us just want to die as soon as possible?

Why do we have to wait so long?

I wish I could die today.

It was especially black moment. I felt as though I was trapped in between a brick wall and a pane of glass, like a jail cell that kept on shrinking, suffocating me as the space grew more confining. I wanted so badly out of life that I would have done just about anything to get there. Despite my Catholic faith and my strong religious beliefs, if a physician would have offered me some Barbiturates to flatten my pulse, I don’t think I would have hesitated to reach for them in desperation.

The road back to health has been uneven, confusing, and full of surprises. However, at the present moment, I’m much more focused on life—and how I can make a difference—than how to die. Just this morning I saw a group of midshipmen as I ran around the campus of the Naval Academy, and my thought was: “Those guys have so much adventure before them.”

Thank God there wasn’t a doctor available who could have helped me end it when I could not see past the black night.

3 thoughts on “Is Physician-Assisted Suicide Right for Severe Psychiatric Disorders?”