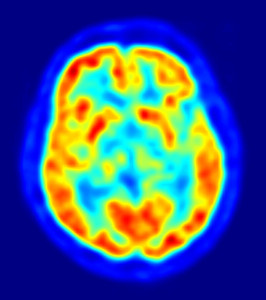 Most people are still locked into the theory that depression is caused by a chemical imbalance in the brain – a shortage of feel-good neurotransmitters like serotonin that deliver messages from one neuron to another. That explanation works well for public consumption because it’s simple and it makes for great pharmaceutical commercials.

But depression is a whole lot more complicated than that.

For starters, there’s faulty brain wiring. On functional MRIs, depressed brains display lower activity levels in the frontal lobes, responsible for cognitive processes, and higher levels of activity in the amygdala region of the brain (fear central). Depression can be associated with the loss of volume in parts of the brain, namely the hippocampus, which belongs to the limbic system (the emotional center of the brain). The more severe the depression, the greater the loss of brain volume. The endocrine system plays a significant role in mood disturbances. Some studies on depression have indicated a default in the hypothalamic-pituitary-adrenal (HPA) axis, the region that manages the body’s response to stress. Chronic activation of the HPA is no good, as anyone with thyroid or pituitary issues will tell you.

And there’s another theory has been lurking in the background for quite awhile, but is finally gaining the trust and attention of the public: that depression is an allergic reaction to inflammation.

5 thoughts on “Could Depression Be an Allergic Reaction?”